Yesterday (30 October) it was announced that PARC is to partner with the US Geological Survey (USGS) National Wildlife Health Center on a new project to combat a serious infectious disease that affects bats in North America.

This initiative is an exciting development for environmental protection and animal welfare, and a real first for PARC – as we use the creative science and innovation that developed our Filament Extension Atomizer (FEA) to secure the long-term wellbeing of under threat bat populations.

Trouble in the bat caves

Over the past few years, a fungal disease known as white-nose syndrome (or Pseudogymnoascus destructans) has swept across North America, with confirmed cases in 33 states and seven provinces of Canada. WNS thrives in cold, dark and damp places – exactly where bats like to hibernate – the disease attacking their bare skin while they’re in a relatively inactive state.

The impact of WNS has been wide-ranging and, in some areas, devastating. Afflicted animals become prone to strange behaviors, such as daytime flight or activity during hibernation, which causes them to use up fat and energy reserves they need to survive the winter. The result of which is considerable ill health and, in many cases, death. Indeed, millions of bats are known to have died since the disease was first discovered in 2007, with some habitats losing as many as 90 or 100 per cent of their inhabitants. It’s estimated that in Wisconsin the bat population has dropped by 90 per cent. This sharp decline in bat populations can have an impact on agriculture – particularly pest control, ecological balance and even human health, as bats are the main predators of mosquitoes. 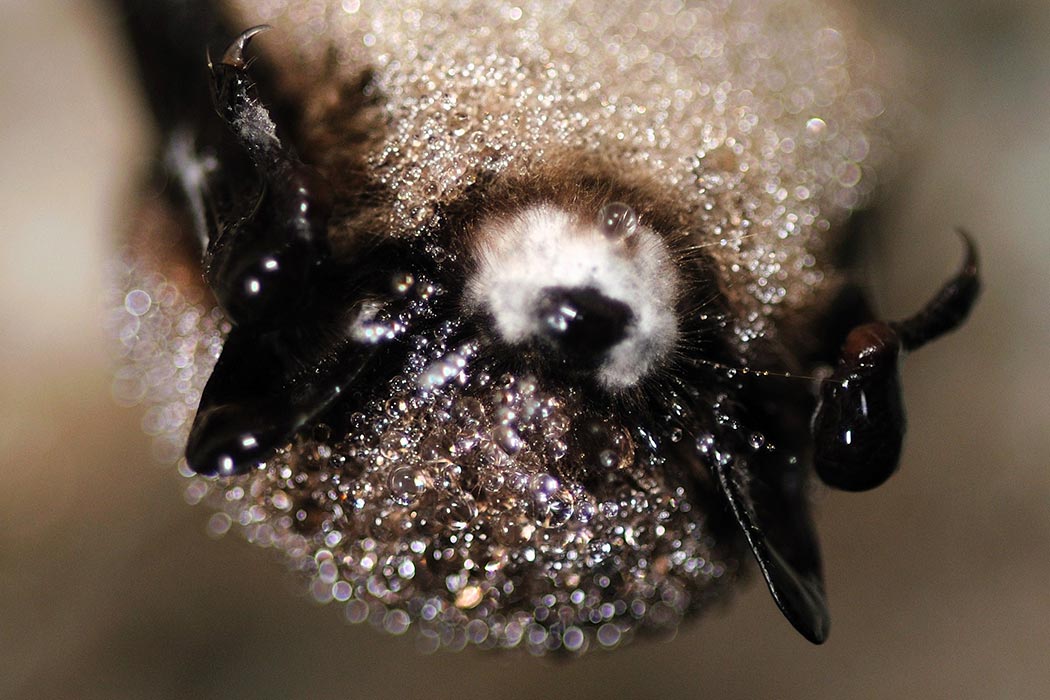 The trouble with WNS is that no effective treatment has been developed, so far. And that, even if the correct cure could be found, there is no scalable way to deliver the drug or the therapeutic to the many bats inside cave colonies. Capturing bats one by one to inject them with the drug or vaccine is time-consuming and laborious. As such, working groups established by the National Fisheries and Wildlife Fund (NFWF) have sought to tackle the disease in ways that require innovation and new approaches.

And that’s where PARC comes in.

The unique challenge presented by WNS requires a unique response. This is why USGS has chosen to work with PARC to use the Filament Extension Atomizer technology to administer vaccines (and potentially other drugs) to the bat population in affected areas via aerosol delivery.

FEA has its origins in PARC’s long history of developing printing technologies to precisely deposit small droplets of fluids. Our experience and research told us that no technology existed to readily create small droplets from high viscosity, non-Newtonian fluids. With that need in mind, we developed the FEA technology as one of the only technologies in the world that can create aerosols from these sticky and gooey fluids that are difficult to spray. Non-Newtonian and highly viscous fluids are all around us, from egg whites to peanut butter, and we deal with them in our everyday life. But importantly, in creating a method to spray these materials, PARC has opened up new frontiers in coatings, drug delivery, particle creation, skincare, and many other places. 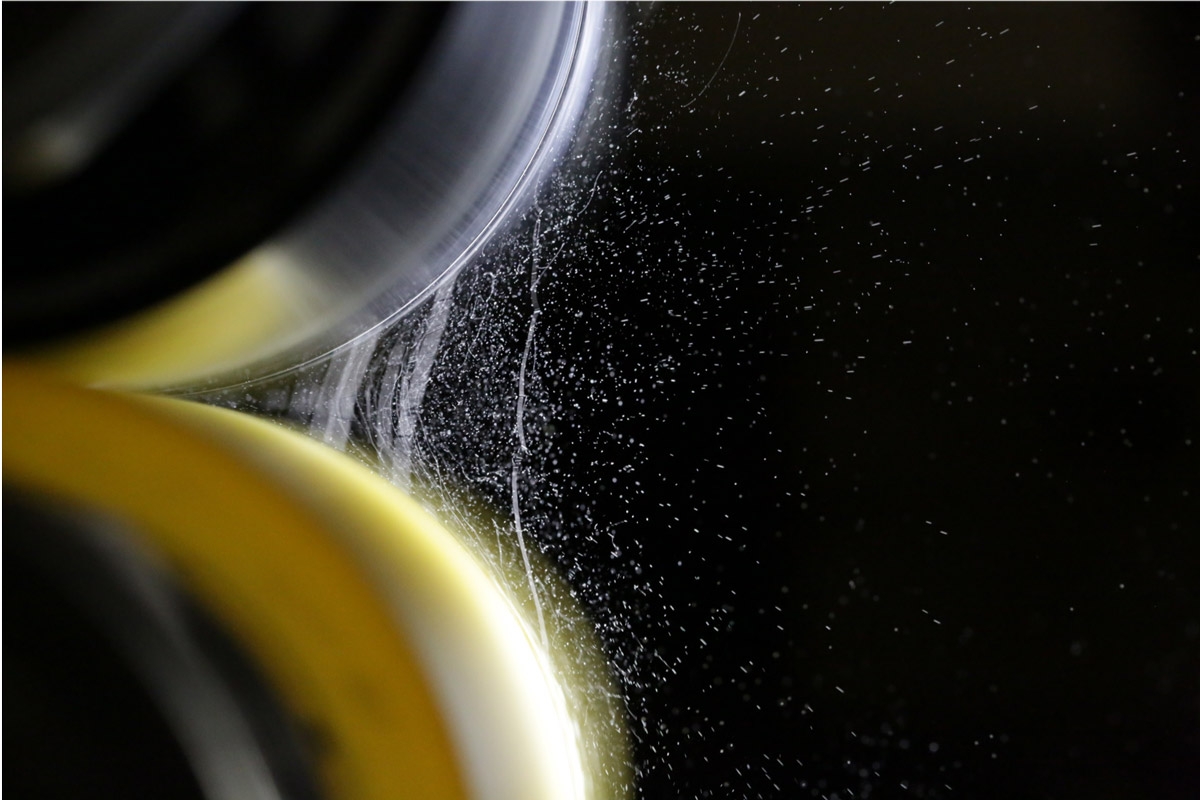 At the core of FEA technology is two counter-rotating rollers that take advantage of their tendency to form long filaments, which makes them difficult to spray with traditional methods. The fluid is coated onto one of the rollers and taken into the nip, or contact area, between the two rollers where the fluid forms many multiples of filaments. These filaments are stretched and thinned until eventually they break up into droplets to form fine aerosol droplets, which can then be directed and shaped for specific applications. FEA is scalable and can accommodate both small and large volumes of fluid output, which is vital for this application with the bats.

The plan as it stands is for PARC to use existing FEA technology to build prototype devices that will be tested over the next two years in pilot projects in small caves and mines. PARC will be working very closely with the National Wildlife Health Center of USGS with the installation and field testing of these devices, while USGS take the lead in collecting data on the physiological impact of the field trial and the effect on the bats treated.

“This is a really exciting new application for FEA,” says Sean Garner, Vice President and Director of the Hardware Systems Laboratory at PARC, “allowing us to adapt this technology—which we’ve already been developing for other types of drug delivery in humans—to vaccines. And to help protect bats at the same time!”

Our scientists are really excited to get started on this project and will post updates here as things progress. We’re hopeful that this can have a positive impact on the bats of North America, not only arresting the alarming decline of many species, but allowing habitats to thrive and numbers to eventually increase over time.

Find out more about FEA in our explainer video or by downloading the Information Sheet below.