Can a recommender choose what’s best?

Can a recommender choose what’s best?

What if, most of the time, there is no one, single best choice?

I’ve been thinking about how people choose among many options ever since I did a user experience evaluation of Magitti, a prototype mobile phone application initially built here at PARC. Magitti is a context-aware application that recommends leisure activities based on the user’s location, physical context, preferences, and inferred activity. At any given time, it offers up to 20 recommendations of places to go, presented in a list format, suggesting that they are ordered from best to worst. Since the items are evenly spaced down the list, the design implies that the difference in ‘goodness’ decreasing in roughly even increments. 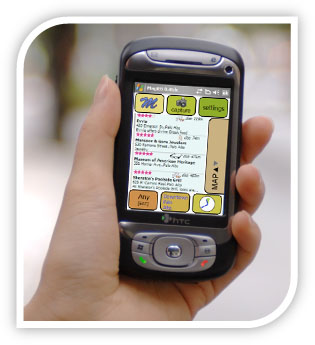 This seemed like a fairly straightforward design decision, but as it turned out, the list didn’t necessarily reflect a best-to-worst ordering. Magitti used a range of input to infer people’s likely activity, and then offered a sampling of recommendations of each type, with more recommendations for the more likely activities. For example, if Magitti inferred that a person was most likely to go shopping but somewhat likely to be interested in eating out or attending an event, it might list stores in the first and third slots of the list, with a restaurant and theater in the second and fourth.

So while the model was meant to convey: “Here are some good choices depending on what you’re interested in doing,” the design said: “Here’s a rank ordered list of the best places to go.” And sure enough, when I observed people using Magitti in a downtown area, they assumed the first item was meant to be the best. If it clearly was not, they tended to mistrust the rest of the recommendations.

This made me wonder what it means to choose the single best item. Even for something as simple as eating out, there are many factors that might affect your experience – the food, of course, but also the ambiance, the service, the comfort of the seating, the noise level, how much your companions like it, cleanliness, and so on. Each place is going to facilitate a different experience, and even if you could try them all, it may be hard to say which is the best. A painting on the wall might spark a particularly enjoyable conversation at one place, but maybe you run into an old friend at another and rekindle the relationship. When choosing where to go, is it even useful to attempt to identify which one is best? They’re both great.

Barry Schwartz makes a similar point in The Paradox of Choice — that having too many options makes it harder for people to make decisions and leaves us less happy with our choices. He recommends that we learn to “satisfice,” that is, find something good enough and then stop looking, noting that people who do so are happier with their choices. This may be so, but it still presumes that there still is a one Best, and the trick is to learn to be happy with less. I wonder whether it would make us even happier if we realized that there is rarely one single best but instead there are usually many appealing options, each good for different combinations of reasons, and all we need to do is choose one of them.

Often there is no one Best

A few years ago when my husband and I were buying a new car, we made a list of all the candidates and diligently collected the specifications and read reviews. That allowed us to narrow the list down to two. I remember the relaxation I felt when it dawned on me that it wasn’t going to matter which we chose. Both had a great combination of features so we couldn’t go wrong. We wound up choosing the one whose styling we preferred – a trivial concern, but why not? And sure enough, we’ve loved the car and it has met our needs beautifully. I’m sure the other one would have, too. 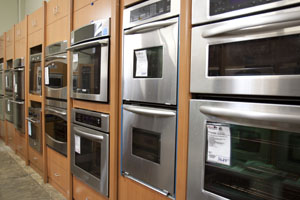 Sometimes we even get to choose many options. A little while ago, Kris Allen was proclaimed the winner of American Idol, and I saw a lot of chatter on Facebook from people who were annoyed that Adam Lambert or Danny Gokey didn’t win. But once it got down to the final four or five (or even eight or ten), I figured it didn’t much matter who won. All of them were terrific, all of them had developed a large fan base, and all of them were poised to launch successful singing careers. They all win, and we all win because we don’t have to choose – we can listen to all of their music.

Having this realization – that there are many great options out there and rarely is there a single Best – has made it easier for me to make choices. Many decisions are more a matter of choosing a type of experience, which is a fun choice, rather than a search for the one right answer, which causes anxiety. Perhaps a better design for Magitti (and other similar systems that offer recommendations among multifaceted options) would avoid a list format. Instead, they might explore some sort of circular or wheel-like design with a reduced number of choices, suggesting the idea that there are several choices, all good, just different.