National Autism Awareness Month promotes awareness and understanding for those who live life with Autism Spectrum Disorder (ASD). ASD refers to a group of complex brain-based development disorders characterized by challenges in behavior, social skills, and communication. Managing ASD already is a complex process, but what makes it even more difficult is a set of conditions that often happen alongside of ASD (comorbidities) that make it even harder to treat. 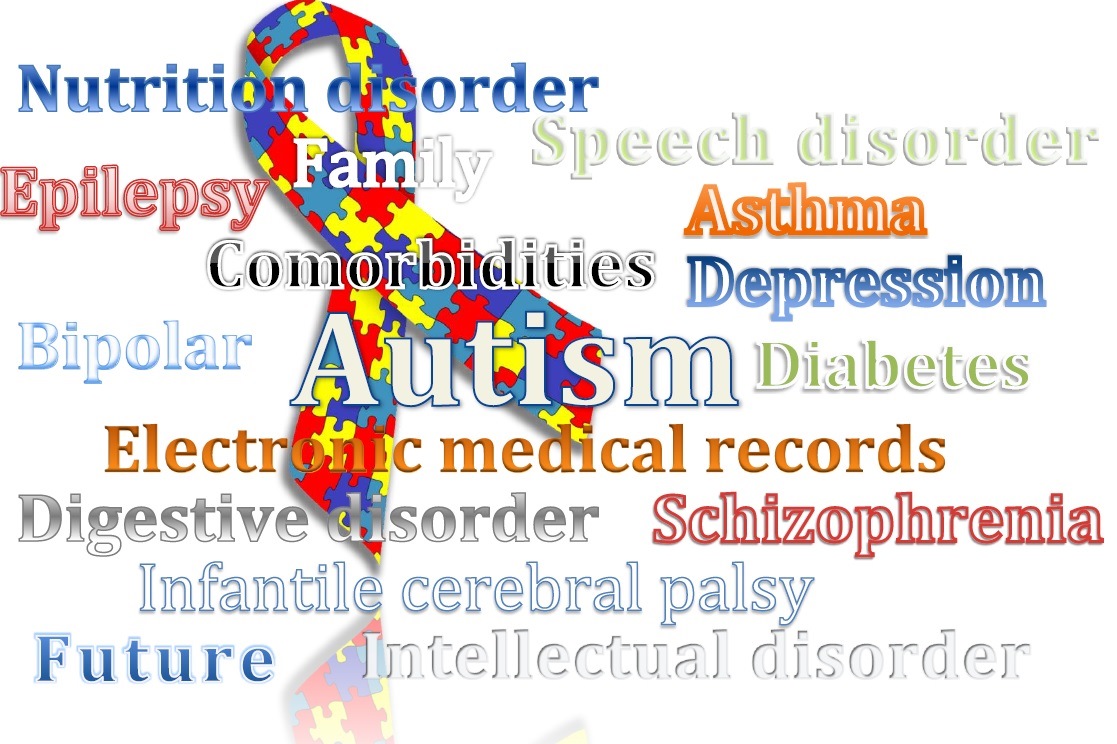 While a genetic condition is known to cause the differences in the brain that lead to these challenges in some people with ASD, scientists do not yet know the exact cause of these differences. Since the May 2013 publication of the DSM-5 diagnostic manual, several conditions that used to be given separate diagnoses (autistic disorder, pervasive developmental disorder not otherwise specified (PDD-NOS), and Asperger syndrome) are now all called autism spectrum disorder.

At PARC, we are exploring how we can leverage the enormous amount of information collected via electronic medical records to gain better insight on ASD, its comorbidities and how it evolves over time.

At present, autism’s economic costs (including direct medical, direct non-medical and productivity costs) are staggering, estimated by one study (reference) to be $268 billion during 2015 in the United States. Costs are projected to rise to $461 billion if autism remains at the same prevalence we see today. However, as autism’s prevalence has risen over the last decade, it is likely to continue to do so – which means the projected costs could exceed $1 trillion by 2025.

Correctly identifying comorbid conditions in autism patients would have a ripple effect that would benefit treatment and reduce the financial and emotional burden carried by families and caregivers. That relief would extend to the wider society.

Comorbidities in patients with autism are not always discovered or treated.

The communication impairments of patients with autism, combined with an ambiguous presentation of symptoms, create a climate in which comorbidities in patients with autism are under-identified. In addition, it is widely believed that many diverging behavior and symptoms are just par for the course when it comes to autism.

But today we are better able to “see” this condition in a new way thanks to new regulations and incentive programs related to Electronic Medical Records (EMRs) as well as new technological advancements. EMRs provide rich data sets that include personal and family medical history, treatments, procedures, and laboratory tests, large collections of complex physiological information, medical imaging data, genomics, and socio-economic and behavioral data. This anonymized data provides a variety of layers to explore  — from molecular information and genomics to pathophysiologic responses to diagnoses and procedures to data from self-quantified devices.

As part of our work on population health solutions for Midas+, a Xerox company, we recently gained access to a rich longitudinal inpatient EMR data set with more than nine million unique patients. We began researching comorbidities associated with autism and how they evolve over time.

We considered age groups from 0 to 35 years old and divided them into buckets of five years.

The next step was to choose the methodology. We chose to apply an algorithm called apriori. Apriori is an algorithm for frequent item set mining and association rule learning over transactional databases. The algorithm was invented in 1994 and has demonstrated its practicality in many different industries.

We applied the apriori algorithms to our data set and were able to confirm some of the already-known knowledge about comorbidities of autism such as a higher prevalence of epilepsy. We also discovered some interesting insights that are not as well known such as an association of diabetes with autism. We observed how digestive problems in people with autism evolve from early age to adulthood, how obesity and diabetes as a comorbid condition to autism change over time, and how epilepsy and mental disorders progress in patients with autism over time.

This is an ongoing research, and the plan is to publish the results of this analysis in a scientific paper, but we believe it will open the door to many valuable insights that will help remove the financial and emotional cost of caring for these special patients. As the month closes, we see great hope for the future of treating this condition.

As Autism Awareness Month 2016 comes to a close, Marzieh Nabi, a researcher at PARC, a Xerox company, offers insight on how electronic medical records (EMRs) can shed light on autism and it related chronic conditions.
Other PARC Collaborators include: Dr. Saeid Shahraz, Razieh Nabi, Gaurang Gavai.