We are pleased to announce that the experimental open-source implementation of our “Content-Centric Networking (CCN)” architecture now runs on Android, and we welcome all research developers to download it here.

If you haven’t heard of CCN or named data networking yet, I highly recommend A New Way to Look at Networking (2006), a tech talk delivered at Google by PARC Research Fellow Van Jacobson, which provides a basic overview of the vision — followed by the updated version of that talk (2009), which provides more details about what CCN is and how it works.

To sum it up briefly: CCN is PARC’s vision for the next major step in communication — a change in network architecture that generalizes the Internet Protocol (IP) to match the content distribution problems central to the primary uses of the Internet today. CCN removes the historical restriction that packets are identified by named endpoints (i.e., machine addresses), instead allowing the content itself to be named and directly secured (which allows automatic and effective use of memory throughout the network for scalable distribution). CCN is designed as a general-purpose network architecture in the simple, robust, and scalable design pattern of TCP/IP, running over or alongside it. The CCN approach supports a variety of networking applications — including reducing backhaul congestion, IP/TV distribution, and enterprise storage — with greater security, performance, and robustness… at lower operational cost. 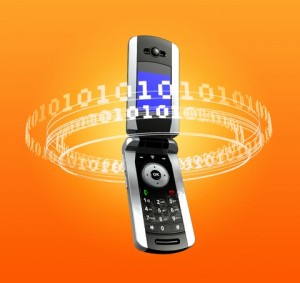 Yesterday’s network architecture simply does NOT suit today’s proliferation of multimedia, data, and mobility in a broadly connected world.

As some of you may know, PARC was recently awarded an $8M grant for Named Data Networking (NDN) — along with UCLA and 8 other universities — from the U.S. National Science Foundation, as part of its Future Internet Architectures program. This grant supports research to address technical challenges in networking based on named data, including problems in routing scalability, fast packet forwarding based on names, trust models, network security, content protection and privacy, and fundamental communication theory. PARC’s Van Jacobson is the NDN architect, responsible for the overall architectural design.

Very significant research efforts in information networking have also been funded in Europe where work is in progress, and we have seen growing interest in Asia as well.

While we began with just a vision about four years ago, by the fall of 2009 we were able to release early protocol specifications and a reference implementation as open source software through the CCNx™ project. Our goal? To enable experimentation in the network research community, so we could learn together and establish over time a foundation of open core protocols for content networking that work in practice with the scalability of today’s Internet.

The community exploring these CCN ideas has started to grow rapidly in the past year since our first release – it  seems like every day we hear about a new group developing or working on CCN, NDN, or some cousin of this approach, regardless of what it is called. And this is just what we want – PARC learned years ago from experiences making Ethernet a reality that openness is essential for changing the world of networking.

Now, with the release of CCNx software for Android, we recognize the importance of mobile platforms, and emphasize our belief that data networking is ideally suited to the problems of mobile computing. We are commited to facilitating the adoption and testing of CCN ideas in general, and to enabling the scientific and open source communities who are essential to this work.

We encourage researchers to download the new code – not just try it out, but also to help come up with new applications to leverage the possibilities. At this point, the infrastructure is set up for those who want to work on the bleeding edge of technology experimentation and adoption.

There’s also a great opportunity for the telecommunications industry to use the CCN architecture, and initial software support for Android is just a small step in this direction.

PARC is currently engaged in a research collaboration with Samsung Advanced Institute of Technology (SAIT) exploring possibilities for CCN in new business solutions in mobile and other contexts. We are grateful for the pioneering leadership of Samsung that has encouraged us to advance CCNx for Android, so that we can pursue experiments with Samsung mobile devices in the market.

Why does all this matter? The benefits of CCN aren’t limited to the core of the Internet but extend beyond edge routers and to enterprise, home, and consumer mobile applications. With the growing Internet of Things, we need to enable secured, private sharing between sensor-based devices without forcing users to continually upload data to the cloud.

The network of yesterday isn’t the network of today and tomorrow.  The Internet is changing dramatically, and the question is whether we’ll have an open, universal architecture that addresses contemporary needs including distribution efficiency, privacy, and security.

That’s what we’re working on. Join us.