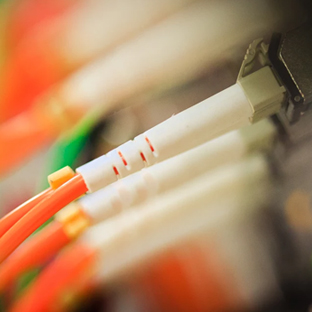 The evolution and innovation in networking remains critical to the world, especially as the IoT explodes worldwide. Gartner reports that 5.5 million new IoT things will be connected every day. According to analysts, the number of connected objects has grown by 30% since 2015; we now have 6.4 billion connected things worldwide in 2016. That number will more than triple, to 20.8 billion connected IoT devices by 2020.

PARC has been on the forefront of networking for close to 50 years. In the 1970’s, PARC invented the Ethernet and distributed computing, in the 1980’s, PARC helped create and advance Internet standards with multicasting transmitting, PUP and IPv6, and in the early 2000’s, PARC continued its revolutionary work to create Content Centric Networking (CCN).

Today, PARC is pleased to let the networking community and its customers and partners around the world know that Cisco has completed the acquisition of its CCN platform. This is important for the advancement of the Internet’s infrastructure, because Cisco is a leading provider of IoT connectivity, security, and analytics with thousands of customers and proven use cases. With the acquisition of PARC’s CCN IP and technology platform, Cisco is committed to improve and secure the Internet experience as people and things connect and get smarter.

The Internet was originally designed as a point-to-point communications network, but in modern use it is increasingly a multi-point distribution network for various kinds of data. As a result, the original architecture and layers of adaptations have led to inefficiencies in mobility, security, and scale. CCN enables applications to address and request data by name rather than location. As a result, the network can locate and retrieve the data dynamically from any potential source, leading to better mobility. For increased security, CCN secures and authenticates the data itself, rather than creating secure point-to-point connections to authenticated hosts. This security model enables opportunistic caching of data anywhere within a CCN network, resulting in better efficiency, availability and scalability.

Today’s important news represents another example of PARC’s Business of Breakthroughs model – showing how we invest in radical, transformational technology that is ultimately commercialized with and by an industry leader. PARC is excited about Cisco’s interest in CCN as a leading alternative networking platform.