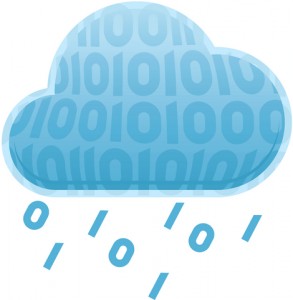 You can’t avoid the cloud computing topic these days. The latest is that the City of Los Angeles decided to switch its email to Google.

As with many buzzed-about topics, the extreme viewpoints are the most visible:

By the way, if you haven’t heard Larry Ellison’s famous rant on this topic, it’s worth a listen:  https://www.youtube.com/v/0FacYAI6DY0.

Security as the biggest concern?

While there’s some truth in each viewpoint, it’s a little hard to untangle what’s really going on. An oft-quoted survey from IDC reports security is the biggest concern with cloud computing. As a security technologist, I care most about the security and privacy aspects of cloud computing, and “security” in the IDC survey may have meant different things to different people. So we tried to dig a little deeper.

We did our own series of interviews (in early 2009) with different members of the cloud ecosystem, and asked them to identify the security/privacy issues and the concerns of their customers.

Security issues with the cloud

Many of the security issues people talk about aren’t really “new”, but have become more acute with the advent of cloud computing.

VM-Level attacks.  These are potential vulnerabilities in the hypervisor or VMM.  It’s a problem as old as virtualization, and yet clearly a bigger problem in the multi-tenant architectures common in clouds.  Vulnerabilities have appeared in VMware, Xen, and Microsoft’s Virtual PC and Virtual Server.  An interesting recent paper (“Hey, you, get off my cloud”) illustrates the potential problems of multiple VM tenancy in an Amazon EC2 environment.  One solution for the cloud user is to simply rent the whole physical machine, eliminating threats from other tenants.

Cloud application vulnerabilities. Fundamentally, there are similar vulnerabilities for any web application, but the architecture might be different and might require you to trust some cloud infrastructure.  For instance, you may be building an app on top of a cloud platform, and that platform may have vulnerabilities which you may not understand and over which you don’t have much control.

More network surface area for an attack. Network security becomes more complex because enterprises need to protect the infrastructure used to connect and interact with the cloud (including their authentication and authorization framework). The cloud is outside the firewall in many cases. It’s even possible for the cloud to attack you.

Other concerns with the cloud

Audit. The paradox is that clouds relieve responsibility for operations, yet auditing requires transparency in operations.  As Neil Roiter asks, “How do you perform an on-site audit when you have a distributed and dynamic multi-tenant computing environment spread all over the globe?” There are multiple standards (SAS 70, SOX, HIPAA, FISMA, NIST, FIPS), but none were written for the cloud — an uncertainty hanging over the industry.

Legal. Cloud users are now dealing with a third party, so need to spell out SLAs and responsibilities. Of course, it’s hard to put everything in a contract, and with such a young industry it’s even more difficult to determine what needs to go in.

By the way, the contractual obligations might be surprising.  Here’s a passage from https://aws.amazon.com/agreement:

“10.4. Non-Assertion. During and after the term of the Agreement, with respect to any of the Services that you elect to use, you will not assert, nor will you authorize, assist, or encourage any third party to assert, against us or any of our customers, end users, vendors, business partners (including third party sellers on websites operated by or on behalf of us), licensors, sublicensees or transferees, any patent infringement or other intellectual property infringement claim with respect to such Services.”

Cheap data and analysis. Cloud computing yields enormous data sets monetized by things like advertising. Companies holding the data are under intense pressure to anonymize their data, and fear bad publicity or subpoenas from data breaches. But anonymizing data and retaining utility is difficult.  See the 33Bits of Entropy blog dedicated to the topic.

For more on cloud computing security problems and opportunities, download our paper on “Controlling data in the cloud: outsourcing computation without outsourcing control”.

Related news: on “other ways that clouds could help provide security” in Technology Review November 2009