Feather River Tribal Health, Inc. (FRTH) was founded in 1993 to serve the needs of Native American patients in a three-county service area of Northern California. In the past decade, the clinic experienced rapid growth establishing new locations and adding services. FRTH now handles more than 35,000 patient visits each year. PARC engaged with FRTH to observe the transition from paper records to electronic medical records (EMRs) as part of its work to define new Xerox services. In the process PARC gained some deep insights into the challenges and opportunities of EMRs for healthcare workers. 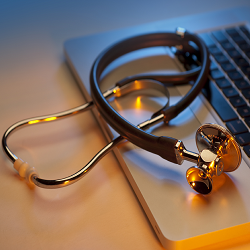 The transition to EMRs has resulted in a mixed bag of benefits and surprising challenges for the healthcare industry. While some studies have found tangible advantages of electronic records, there are also signs that the expected cost reduction from EMRs has not been realized, as physicians complain that the systems create additional workload. On top of the overall industry challenge with EMRs, government-funded clinics like FRTH have even more reporting requirements that further compound records management.

“Many problems that are now new to others, we’ve been dealing with since 1999,” said Maria Hunzeker, Director, FRTH. “With the combination of our medical records and additional necessity to report annually on performance indicators and more to Congress, we were facing many large hurdles.”

When the Indian Health Service introduced EMRs into FRTH over six years ago, FRTH found it impossible to get rid of paper charts completely because so much paper kept coming into the clinic. For example, whenever the clinic’s patients went to an outside provider, such as the emergency room in the local hospital, FRTH would receive a letter or fax from that institution about the visit. These incoming reports were filed into the patient’s paper chart by the medical records clerks, signed off by the provider, and brought to the provider whenever the patient visited the clinic. So, for many years, FRTH maintained a hybrid practice in which they maintained both electronic and paper records. 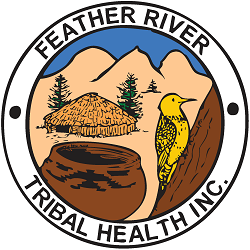 A few years ago FRTH took the next step in automation and started scanning the incoming papers into the EMR. The PARC ethnography team observed this transition by studying the practices of the various roles within the clinic – from medical records clerks to nurses to billing clerks to providers – both before and after the scanning solution was implemented. They came to a surprising conclusion:  While the scanning meant much less work for the clerks in medical records, for the healthcare providers it actually meant an increased workload.

Ultimately, FRTH providers had less time for seeing patients because of the overhead that the EMRs created. The results were quite dramatic. One clinician reported that she was able to see 35 patients a day in a clinic where she used paper records. But with the transition to the current clinic and EMRs she could see 20 patients maximally – in large part because of the long time spent for documentation. The paper charts had allowed her assistants to fill out the paper-based documentation so, in effect, they could do the documentation together. The EMRs no longer permitted this.

Among other recommendations, PARC social scientists advised establishing a new scribe role.  Scribes are in the examination room with the healthcare provider and enter notes, medications, and other administrative information into the EMR while the medical provider focuses all of her attention on the patient – not a computer screen.  In that way, scribes could reduce the paperwork burden on providers thus making their work more efficient and effective.

FRTH has already done a pilot of the scribe program, and they found that it did indeed help the providers with their documentation workload. After the initial hiring of one scribe and its success, FRTH is now moving forward to hire another two full-time scribes and take the program to the next level. Now scribes are becoming more and more common in medical practice as physicians have come to realize that they need help with their EMR documentation.

“We received much more than we expected,” Hunzeker said. “Having PARC come and study the process and flow and make the recommendations has made a significant impact.

“If we hadn’t done this, we wouldn’t be this far along,” Hunzeker continued. “It really changes the dynamics of the staff and being able to improve day-to-day functions. The changes have increased both quality of patient care and increased revenue since we can shorten the time to billing.” 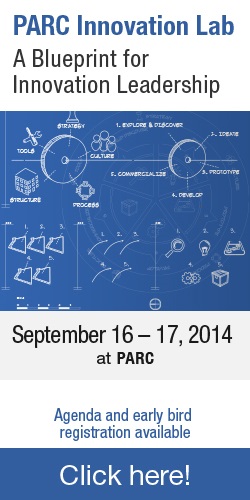