From Selling Products to Managing Services

From Selling Products to Managing Services 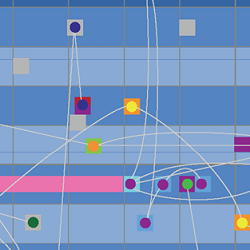 When objects acquire the ability to autonomously communicate, the business of making, selling, and maintaining them profoundly changes.

The basic model of renting and servicing expensive things — instead of selling them — has existed for decades, if not centuries, but it was limited to things that were too expensive, or too infrequently used, to justify their purchase. The Internet of Everything allows entire new classes of devices to embrace this model, since much of the management can be automated.

This means that companies that used to manage the logistics of moving objects around are now managing object networks. In other words, physical networks of machines have become digital networks of data. For example, City Carshare and Zipcar changed the way that car rental works, shifting it from large cars stockpiled in centralized parking lots with large staffs, to small unmanned distribution points. Until each car was a networked device this model was impractical on a wide scale. You can see the same kind of new model appear in everything from bicycles to construction equipment.

The conversion of products that used to be sold or rented into per-use services is only one of the changes brought on by connected things. When products act more like data packets (as in Ashton’s original definition of the Internet of Things), business models for physical things can be more like their online counterparts. Today apps update themselves constantly, adding new functionality and fixing bugs, because they’re continuously connected and updated. You don’t buy Dropbox (as you would have with a packaged piece of software 10 years ago) as much as subscribe to a continuously changing Dropbox service. John Seely Brown, John Hagel, and Lang Davison defined a shift from “stocks to flows” in “The Power of Pull.” They were defining a shift in how knowledge is stored and consumed, but I believe that as the physical world erodes and becomes more digital, a similar perspective can apply to those physical things that have digital shadows in the cloud.

From this perspective, it’s pretty easy to see many static things that are currently bought which could become dynamic services.  For example, drug prescriptions that automatically adjust to a specific patient’s current state and their expected prognosis.

The shift in thinking from making products and selling them to developing networks and selling services is a fundamental, and challenging, change. I believe that it’s already well underway and we only see a small piece of it.  We will soon own fewer things, and belong to more networks.

This post is an abridged version of a full article that originally appeared on Wired.com.  Reprinted with permission.