How to Overcome the Internet of Things Adoption Challenge

How to Overcome the Internet of Things Adoption Challenge 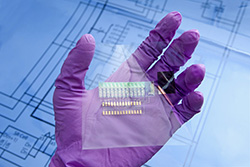 One of the most difficult aspects of driving business and adoption for the Internet of Things is explaining the value of novel, connected digital devices to people. There’s a tendency to think of everything as a kind of small laptop or phone, or as a novelty, a gadget.

As both a designer and consultant in PARC’s Innovation Services and the founder of Ubicomp/Internet of Things startup ThingM, I have seen the hurdles we need to overcome. Most are not in the device or the cloud service it connects to, but how to communicate to potential users and buyers the value of new connected devices. The challenge is not about describing a beautiful future, but a useful present. And this challenge comes in two forms: introducing completely novel product categories and explaining the value of augmented versions of existing products.

Completely novel products that have no obvious analogue in the marketplace require significant resources to educate the audience, since the products are asking people to imagine utility that they haven’t experienced.

This is the situation I think GreenGoose (Brian Krejcarek’s brilliant Internet of Things startup that sadly closed last summer) found themselves in. They sold powerful networked sensors that looked like toy eggs and puffy stickers. With these sensors users could track how much they rode their bike and move the money saved by not driving to a special savings account. The sensors could be easily attached to everyday objects such as pill bottles and umbrellas and track their use. Disposable personal sensors is a category that will exist soon, but in 2010 it was a hard sell, since there was no precedent or even competition to what they were doing.

GreenGoose is a classic example of the “What shelf in BestBuy do I put this on?” problem. Fitbit and Sifteo also had such problems in the beginning, since they were both products that didn’t fit in existing categories very well. Fitbit is now part of a general category of quantified self products, so it has a context in which makes sense. But five years ago when they first started, they had to repeatedly explain what the device was and why it was interesting.

Been There, Have That

On the flip side, products that use connectivity and digital behavior to augment products in an existing category have to justify the value of that augmentation. Those products have to overcome the question of why buyers and users should spend extra money and precious cognitive resources on a “super” version of a thing they already have. That’s a hard sell to busy people who would rather just continue to do whatever they are doing. Early adopters will of course sometimes buy a new product solely because it has new technology, but they’re the exception and it’s their enthusiasm that creates Geoffrey Moore’s chasm.

Probably the most common way that companies overcome this problem is through design and service experience. For example, Nest and Withings have to explain why you should buy an expensive electronic smoke detector and blood pressure cuff rather than continuing to use the cheap and understood “Muggle” version. The Nest products use industrial design and cloud-based adaptive behavior. Withings does it through (again) industrial design and service design that emphasizes time-series analytics tied to people’s personal goals. Stepping back, both start by creating very gradual changes to people’s existing behavior patterns. Of course, all of these products can do much more than the services currently allow, but both companies make small incremental changes to their product experience precisely to keep the shock of the new at bay. Incorporating and internalizing the use and value of a connected version of a familiar product is difficult enough that the change needs to be gradual.

For me, an additional important way to address both of these situations is through partnerships: working with friends that have taken a step toward defining new markets and explaining the utility of an augmented technology. And that’s exactly what we’re doing both at PARC and what my partner and I are doing at ThingM. 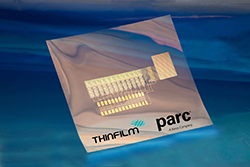 At PARC we have this amazing printed electronics technology. But we’re not a product company, even though we can and do prototype advanced product ideas and concepts. So we found a partner, Thinfilm, a Norwegian company that can scale the production, take it to market, and help us tell the story of the potential of the technology. Our technology in use is helping to educate and carve a market niche simultaneously.

At ThingM our last product was an ambient display—a networked USB indicator light that crossed the Ambient Orb with a thumb drive—but we didn’t want to build the cloud infrastructure to get data in and out of it. Equally importantly, we didn’t want to explain everything about why it’s valuable. So we partnered with If This Then That to become a channel on their system. This helped market our product and it helped explain it. We can now say “it’s like an iFTTT channel, but in hardware” and that explains what it does, to a certain audience, and justifies the fact that it’s essentially an LED on a stick.

The coming Internet of Things revolution will introduce many, many new products (as Nick Foster says, “The next big thing is a billion small things”). Although there are many challenges in this space, I think that technology is the least of the major ones. The biggest challenge is going to be illustrating why people should care about all of these new connected devices in the first place.