One day at the end of the workday, the news in the hallway was that the Caltrain was delayed over an hour. My colleague, who commutes the 30 miles or so from San Francisco, said “See, this is why I drive.” Indeed, the unpredictable nature of public transit, real or perceived, is a common reason cited for choosing to drive rather than take transit. While one could argue that traffic is not much more predictable, being at the wheel may give more of a sense of control than being a passenger.

As Jarrett Walker explains, frequency of public transit matters; if the next train is only two minutes away, it doesn’t matter if one misses a train. In the Bay Area, Caltrain, the commuter rail that runs up and down the Peninsula from San Francisco to south of San Jose and occasionally all the way to Gilroy, is infrequent enough that missing one train can mean a wait as long as an hour.

For those who are using multi-modal transit (train + bus or bike + train), the uncertainty is compounded by the need to make a connection. Caltrain is unique in its accommodations for bicycles – each train has at least two bike cars and it is free to bring a bike onboard. This is a great enabler for people who have a first or last mile to add to their train commute. However when the bike cars are full, bike riders waiting at the station are not allowed to board. Getting bumped in this way means waiting for the next train and hoping for more space. A quick glance at the @BikeOnCaltrain Twitter feed shows this is a frequent and frustrating occurrence. At times, more than 300 bumps have been reported in a month. 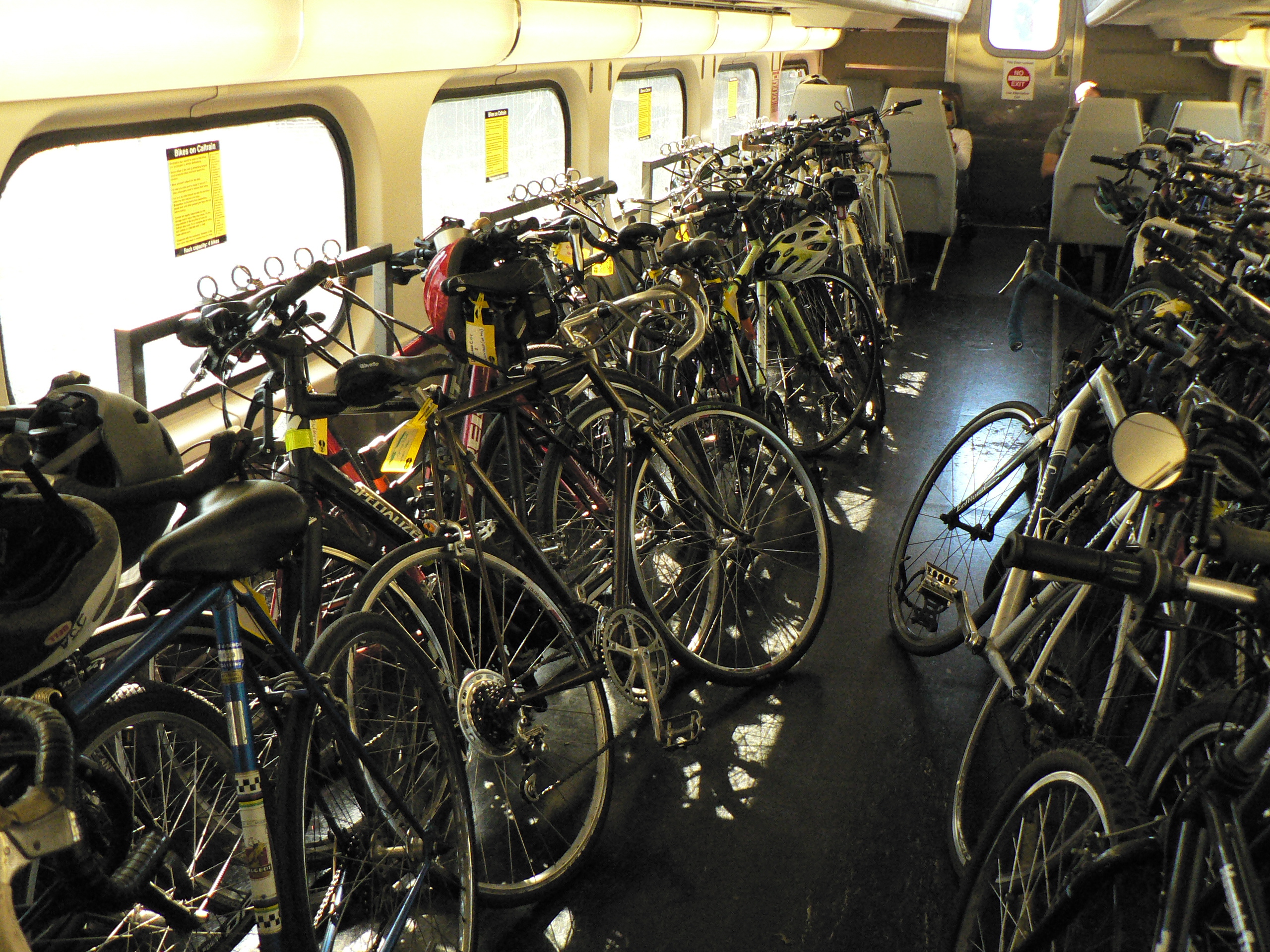 As the bike cars often fill to capacity at the most popular stations along the line (sometimes at the start of the line in San Francisco), a bike commuter somewhere in the middle of the line faces uncertainty about their ability to board. This uncertainty discourages a kind of multi-modal transit that is important for solving the last-mile challenge in the San Francisco Bay Area. While plans to add more capacity will help, there are also opportunities for innovation to make this kind of multi-modal trip more predictable.

Mapping and navigation systems with traffic information reduce the uncertainty in timing and decision-making for trips in a car. Real-time transit information, widely deployed in Bay Area transit systems including Caltrain, similarly aid transit riders by providing information about delays and expected arrival times. There are opportunities to provide similar information to encourage and facilitate bike/transit trips.

As a first step, information about bike car capacity can be sent ahead along with real-time arrival information. @BikeOnCaltrain, which automatically broadcasts bump reports filed on the Caltrain website, is a recent step in this direction. Even better, continuous information about how full the bike car is could be posted online and at all stations along with the timing /delay information. This way, a commuter in Redwood City could know, a half hour before his train is due, that he is unlikely to get a spot on Train 210 and can adjust his schedule to make the next train, or use an alternative commuting option. In the absence of frequency and predictability, broadcasting of information makes transit a much more viable option.

Currently, bike car capacity is enforced by train conductors who periodically count the bikes. This potential friction point between train operators and riders can be reduced if the number of bikes is counted automatically by sensors at entry points or bike racks. Detection of bicycles on trains or on other modes of transit could be accomplished by technology as simple as pressure sensors on bike racks, imaging and sensing technologies similar to what is used for counting passengers or for counting bikes on the street. Even a counter that is incremented and decremented by a conductor as riders board and disembark offers the potential for a less effortful and more valuable means of counting.

This automation could be further enhanced with information about the station at which each bike is expected to disembark. The Caltrain bike car is an amazing example of social self-organization and feedback; bicyclists are supposed to tag their bikes with signs that indicate where they will disembark and riders stack their bikes so that the bikes that are leaving soonest are the most accessible. Frequent riders help educate new riders by calling out those who fail to tag their bikes (e.g., “Where’s the red bike going?”). This information about where bikes are disembarking is critical for the smooth functioning of the bike car so that people can get on and off the train quickly.

Information about the current stack of bikes and their disembarkation points could be used to predict bike car capacity at a station up ahead. A ticket secured for a bike (even if it is free) or an RFID tag for a bike (similar to the cards used to hold passenger fares) could serve as a counting mechanism with the possibility for additionally encoding the bike’s destination. With such information posted real-time, the cyclist at Redwood City would know that even though the bike car is full as the train pulls out of San Francisco, it is expected that five spots will be vacated at Redwood City. Just as bus or train arrival times are updated in a real-time transit information system, the information about the expected bike capacity at each stop could be updated as the train moves through its stations.

Finally, to give cyclists even more certainty, there is the option of a reservation system, so that a rider can secure in advance a spot on a certain train, similar to how seats are reserved on Amtrak.

Bikes and public transit are both important components of PARC’s view of the automated and multi-modal future of transit, which also includes electric bikes, mobility as a service, and ridesharing. In this case, innovation that starts with counting yields other opportunities for optimization. On a train with many cars that accept bikes (such as BART), dynamic signage can point bicyclists to certain cars for easy boarding. On a bike car with many racks, the distribution of bikes on racks can be similarly optimized. In each case, the messiness and uncertainty of human decision-making and guesswork can be replaced with data-driven prediction and optimization, to ease a daily commute and enable broader use of and access to public transit resources.