Use the word “pioneer” and it universally brings up positive images of humans taking big risks to explore new territories. “Trailblazer” likewise invokes images of brave adventurers going into unexplored regions. But mention the word “immigrant” in today’s discourse and unfortunately you may not always get such universally positive perspectives.

But the reality is that “im” “migrants” are in many very important ways as critical as any group to the future of the world and US. In many ways, they are the pioneers and trailblazers of today. You have to look no further that the innovation engine that is Silicon Valley to see the evidence of that.

The roots of Silicon Valley

Let’s remember what drove the pioneers who settled the American West – promise of a better life, possibilities of prosperity, more freedom, adventure itself are all on the list. And what were the characteristics of those pioneers?

They had to believe in a better opportunity for themselves. They had to be optimists – I suspect that there were very few pessimists among them. At the same time, they had to be willing to take risks – not just abstract risks, but risks to life and limb – big risks. In many cases they had to leave behind family, a well-established role in society, often a complete culture – remember that much of the California gold rush brought miners from across the globe! Along the way, most of them had to overcome huge obstacles – physical, cultural and personal just to get to California and other West Coast states.

Fast forward (only 60 years!) to the technology revolutions that sparked and grew Silicon Valley. The pioneers and trailblazers in the tech world are the technical and business risk takers, the optimists, the people who can overcome obstacles, are willing to try new things.

Now, look at who those people are. What is amazing is how many of them are immigrants either from other parts of the US or from abroad. US Census data reveals that 50% of the science and engineering professionals in Silicon Valley were not born in the US. Over 40% of the businesses here are owned by immigrants. PARC itself is proudly made up of researchers and professionals from more than 20 countries.

If you ask me, it’s pretty straightforward to make the connection between innovation and immigration. Look at the characteristics that often come with immigration. Immigrants take risks – leaving behind family and culture and often language. They are optimists – they are drawn by the positives of a new life. They overcome major obstacles to get here. Immigration is not an easy process either from a bureaucratic or a practical standpoint. Proving a causal link is difficult, but to anyone working in high tech it’s clear that the correlation between immigrants and innovation is very strong indeed. The immigrants in Silicon Valley are a major component of a society in which innovation flourishes.

Another well-known characteristic of high tech innovation is the rapidity with which concepts can be explored, bad ideas dropped and good ideas reinforced. This means that some companies and teams must fail, leading to layoffs, teams being disbanded, etc. Once again, the immigrant characteristics are a good match. Lower concerns about job stability, overcoming obstacles, optimism are needed to cope with the downsides as well as the upsides.

I myself am from England. I’ve worked in Silicon Valley for 45 years, and at PARC for 34 years. Perhaps now, more than ever, is an appropriate time to emphasize that immigrants have been and continue to be key to the vibrancy of Silicon Valley and its leadership in innovation. Let’s remember to think of them in the same light as the pioneers and trailblazers of the past.

Learn more about the culture and people at PARC. 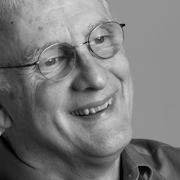 John Knights is Senior Director of PARC’s commercial business development activities, including strategic research and co-development engagements with industry partners. He has broad operational experience in product development, marketing, and manufacturing, along with expertise in intellectual property issues.