In the world of open innovation, there are companies out there seeking the panacea that will save their business, or that will magically transform them into the “next big thing”.

What this really reveals, however, is how people consider the role of innovation in addressing their commercial needs. And given my responsibilities at PARC, I’ve noticed that many of the conceptions people have about the function and future of innovation are also closely tied to how people may perceive PARC… 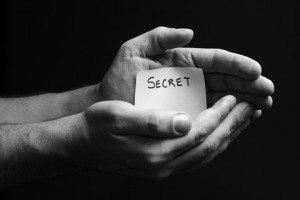 Secret sauce: not for sale

One of the first things some companies ask us is, “So, what’s your secret sauce?” — followed by, “We want to learn how to be like PARC”.

But as anyone in the business of innovation knows, innovation isn’t a noun; it’s a process, and a culture (where some of the activities are not even identifiable, let alone quantifiable). It’s an ecosystem.

So let’s examine the usual suspects:

Government agencies – key for many aspects of innovation, but especially for investing in before-there-is-even-a-market type of research. The technologies themselves don’t necessarily make their way to the market, but the competencies and components enabled by government funding eventually do so through industry partners.

Universities – advance research in known disciplines, and explore solutions beyond industry parameters. The challenge? When problems require solutions that can only be found across disciplines. Or when exploratory and very early stage research needs to be built into functional, industry-ready prototypes to be translated for later-stage production.

Consulting firms – specialize in ideation and in recommending solutions based on experiences across a range of industries. But what happens after the recommendations are delivered?

Industrial design firms – specialize in building prototypes and designing user-centered products (though not necessarily services). They do not always have access to the deep scientific expertise and technological immersion required for advancing — and sometimes even seeing — what’s possible.

Startups – key for agile innovation focused around a particular product or service, and for acquisition by companies filling in components of their roadmap. Note, however, that startups can’t change focus easily and are incented by their funders tofocusontheclose–in strategy.

Larger enterprises – advance what’s possible in a particular industry, and optimize later-in-the-value chain applications that people actually use. These entities also specialize in creating and protecting IP for industry advantage. But they may struggle when moving into non-core competencies and unknown markets, or when facing new competitive challenges.

More than the sum of the parts

Clearly, innovation involves multiple key players, and how and when one engages with them depends very much on the best paths, partnerships, and vehicles to unlock value.

Naturally, I would argue that PARC occupies a special place that intersects the best of the above – what we like to call the 3 “I’s” (Investigation, Imagination, and return on Investment) – and combines all of these in one place.

I would also argue that we often play a broker role among the above players on our road to leading technological change:

…For example, Power Assure (a startup) and PARC combined forces to secure DOE funding (government) to advance data center power management. Each of us are reducing each other’s risk, and all the players have skin in the game. This not only allows us to leverage our investments, but complement each other in what we do best.

…Another example is our content-centric networking program. This effort:

Know where you want to go

Most companies include innovation as part of their strategy or vision. Many approach us asking to see a menu of opportunities (“show us what you’ve got!”). We are not an a la carte provider of innovation. There are other entities for that.

I am not arguing that we provide everything to everyone. Because we work best with companies that have done their homework and know where they want to go – whether undefined or defined. This can be as general as a company who knows there is a paradigm shift in their industry and needs ideas to head in a particular direction and a technology platform to build on. Or it can be as specific as a company which is willing to share their roadmap and work with us to co-develop it.

But there are some key ingredients to unlocking this value. At PARC’s recent 40th anniversary celebration, we asked our customers WHY they came to us (versus other external sources of innovation), and what they thought the secret sauce was.

Answers included: Proven track “record”. “Cross-pollination” across disciplines. “Practical recipe” for commercial engagements. “Openness”. Focus on “big problems”. “Forcing us to consider ideas that might have been dismissed internally”. And… “community” – “teams” – “talent”. The resounding theme throughout was that our people are our greatest asset.

So, no, we don’t have a recipe for sale. But we do have all the ingredients, and something magical to mix them. PARC is open for business.