The world’s biggest car brands (Tesla, Audi, BMW, GM, Volvo, etc.), Google’s self-driving car team, Uber, and silicon valley startup Cruise Automation, are all racing to the finish line to get the world’s first self-driving car in the hands of consumers. Other Fortune 100 companies, like Apple, are also thinking about jumping in. As Chris Urmson, former director of the Google’s car team pointed out, “Getting a car on the road is a matter of when is the vehicle safe enough to be out there around people and making good driving decisions”. There’s another key factor cost. That is, the auto-piloted vehicles must be affordable for the majority of people.

Today, the driverless car is still a long way off, even though big companies are making significant investments to make this a marketable reality. Expanding on Urmson’s statement, one of the biggest near-term challenges is to seamlessly integrate autonomous cars in a world where human drivers don’t behave as they should. These automated cars are designed to follow rules blindly, obey Asimov’s robotics laws, and exercise caution, which puts their “good driving decisions” out of step with other human drivers on the road.

The other gargantuan challenge is to recognize, track, and avoid human beings, which is a critical capability in any driverless car. At present, most self-driving prototypes are packed with LIDAR, radar, sensors, and cameras to ensure that they can readily identify people from a distance. This collision avoidance technology suite forms the ‘digital eyes’ of the car. However, the digital eyes are not robust enough (e.g., they are not weather-proof), and still considered inadequate for widespread public use.

Despite these challenges, the ability to consistently avoid pedestrians in practically all scenarios is within reach in the near future. Many companies are working on the necessary collision avoidance technologies (e.g., Mobileye, Bosch, Delphi). Among the notable ones is PARC, a Xerox company, known to have pioneered many technology platforms from the Ethernet and laser printing to the GUI and ubiquitous computing. 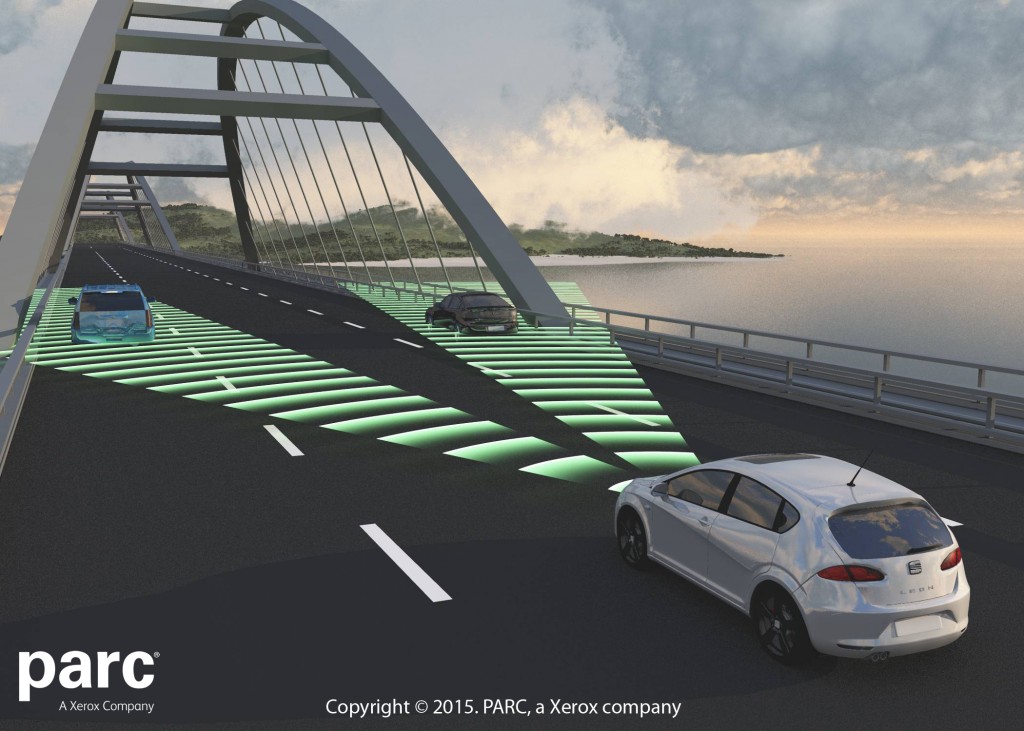 PARC is developing a low-cost and innovative radar “digital eye”. The radar eye is meant to either replace “LIDAR” laser range finder, i.e., that distinctive spinning gizmo from Velodyne, located on top of a self-driving car or complement it, depending on who you’re talking to. Car manufacturers, especially luxury car makers, abhor LIDAR, because it messes up the look of their cars. Some proponents see it as a necessary evil for autonomous driving, since ultimately the cars will require fusion of data from multiple sensors. Contrary to popular belief, a self-driving car does not rely on LIDAR to prevent bumps and crashes, but instead rely on line-of-sight radars that enable the car to be aware of objects in front and behind it. LIDAR, located on top of the vehicle, is great for generating a detailed 3D map of the car’s surroundings, but it’s not suitable for monitoring the speed of objects in real time. Tracking moving objects with LIDAR is a computationally intensive process that can take seconds, making the technology unreliable for avoiding impending collisions. In addition, LIDAR technology doesn’t work well in inclement weather like snow or hard rain.

By contrast, PARC’s digital eye is a weather-proof scanning (or beam steering) radar, analogous to the large military phased-array radars (e.g., Patriot, Sea-Based X-Band Radar, Cobra Dane, etc.) that our nation uses to track missiles and aircrafts. It is based on metamaterials, which are artificially engineered structures with exotic electromagnetic properties (used to make Harry Potter’s invisibility cloak or optical black holes). In this new radar architecture, the use of metamaterials enables a significant reduction in size, weight, power and cost, while maintaining the same high performance as traditional phased arrays. The digital eye steers the radar beam and acquires the speed, location and size of all road objects in a 120 degrees field of view. Unlike LIDAR, which uses the computationally hungry time-of-flight calculations and frame computations to determine the location and speed of objects, PARC’s radar digital eye makes use of the Doppler effect. That is, a frequency-encoded wave packet is emitted, which bounces off an object and comes back with a Doppler-shifted frequency that translates into speed and location information. 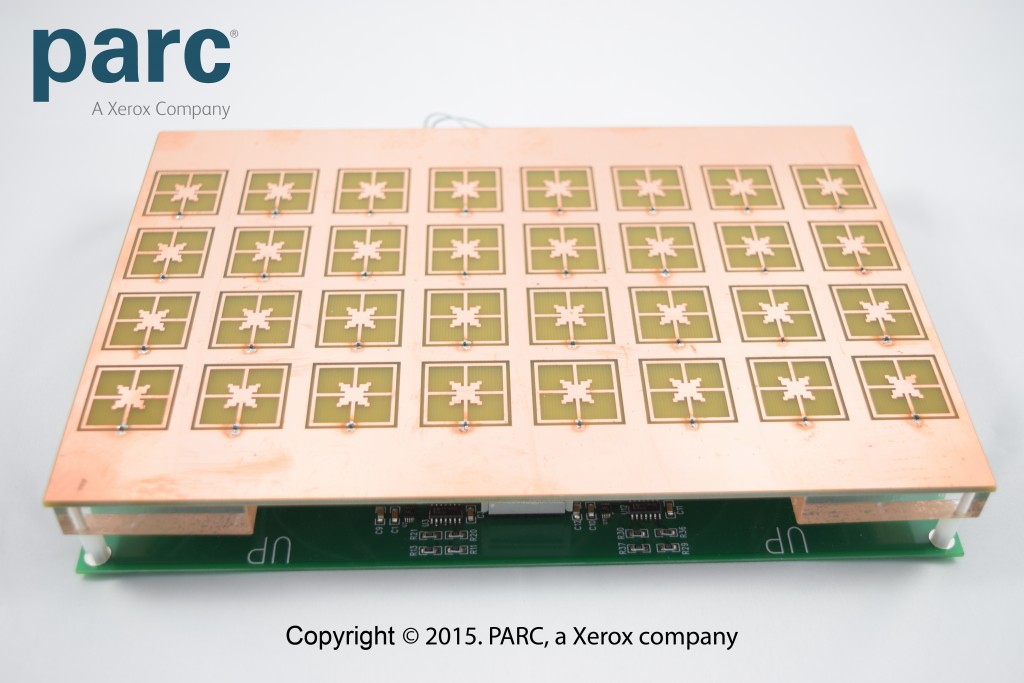 The key performance feature of PARC’s radar digital eye is its capability to maintain a high signal-to-noise ratio and high-resolution simultaneously, similar to the military phased array radars. It has a strong enough signal to detect non-metallic objects, and it forms a narrow enough beam to be able to discriminate small objects. In real-life, this means that it’s able to discriminate humans in congested environments, e.g., detecting a child running around in a parking lot, or mapping out a cyclist on a curve. Current state-of-the-art automotive radars cannot reliably accomplish the same feat, because they rely on digital beam forming (DBF) techniques, which either support high resolution, or high signal-to-noise ratio, but not both. If the goal is to detect cars only, this constraint doesn’t really matter, since there is a sufficient tradeoff space between resolution and signal strength for detection of larger metallic objects.
DBF radars are cheap, since the heavy lifting is done by the signal processing units, with no complicated hardware required. Hence this approach has great appeal to the automotive industry. In DBF, a broadband antenna illuminates the scene omnidirectionally. The return signals from objects is picked up by the receivers, and then processed digitally to form an image of the scene. To get high resolution with DBF radars, for instance to detect narrow objects or pedestrians, an increasing number of receivers is required. One problem is that by increasing the number of receivers, the signals picked up by each receiver get smaller. While compensation of the low signals with increased power from the emitting antenna is possible, it is nevertheless limited because FCC regulations impose restrictions on the emitted power for automotive radars.

PARC’s metamaterial radar is a new class of superior digital eyes for autonomous or even semi-autonomous cars. The radar digital eyes technology represents a safer and more robust alternative to what’s currently out there. It is a quantum leap forward to making automated driving a reality.