Set the Page Free in the Modern Workplace: A Silicon Valley POV

Set the Page Free in the Modern Workplace: A Silicon Valley POV

This post is an excerpt of an article that currently appears on xerox.com.

You walk into a room and you see a chair and a pen. The possibility of taking any of various actions on these objects is an affordance. For instance, you might try to write with the chair and sit on the pen; but you’re more likely to take an action that is readily perceivable – in this case, sit in the chair and write with the pen. 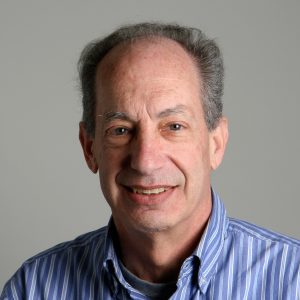 That’s how it goes with humans and machines. For the technology to succeed, the user must easily understand what to do with it. David Biegelsen is a research fellow and charter member of PARC. Biegelsen and PARC have been at the center of Silicon Valley since before it was called Silicon Valley.

When they asked if the paperless office was imminent, Biegelsen and his PARC cohorts spent the next 47 years setting the page free. That is to say, they invented the technologies that have since allowed “the page” to transcend print and enter the digital realm. Further, “page” has been redefined as all forms of communication – person to person, people and machines as well as machine to machine. The ideas and inventions that came out of PARC redefined “the office” and how work gets done.

These days, Biegelsen still works part time in a PARC lab. He sees his primary role as helping fellow researchers “come up with good ideas and nudge research into useful, interesting, impactful areas.”

This interview with Biegelsen takes a look at the modern workplace from one of the men who shaped it.

Question: How do you describe your work?

David Biegelsen: I tend to be thinking and discussing work-related topics over lunch, in the shower, wherever. The fun of identifying and solving problems gives me great pleasure.

Q: Is the technology you use making you more or less productive?

DB: Technology is an amplifier of human and inter-human capabilities. Appropriate technology provides human prosthetics that are almost transparent, yet intensely extends our capabilities. As just one example, (the internet) allows easy, directed, just-in-time continuous learning that allows me to address problems at an expert level. It allows me to come up with new ideas and vet them rapidly. Just-in-time, self-directed, education that is tailored to the individual is likely the only way for humans to keep up with their evermore intelligent technologies, and to ensure that the future is a marriage of humans with technology — instead of humans becoming irrelevant.

Q: Name three things that are absolutely necessary for you to get your job done.

DB: Terrifically creative colleagues, a historically interdisciplinary environment, and corporate outlook that values and supports divergent thinking and “working in the white spaces.”

DB: White spaces are the regions between boundaries (the bounds of disciplines or views or beliefs.) It is frequently within the white spaces that the most important problems are found and world-enlarging breakthroughs are achieved. One relevant example: At one time, computer scientists were focused on designing more powerful individual computers. The notion of enabling inter-computer communication – and then enabling people to communicate and collaborate – unleashed capabilities that boggle the mind and were not approachable by researchers focusing within their perceived bounds. Bringing together people with diverse outlooks and areas of expertise and intentionally addressing the white spaces has proved to be a very powerful tool for revealing consequential areas for progress.

Q: What do you think the “office” of the future will look like?

DB: That’s funny. That was the question we asked ourselves when PARC opened 47 years ago. For example, we wondered if a paperless office was imminent. We envisaged two possible futures that would provide the affordances of paper – including ease of interaction, low cost so that one could give the “document” away, throw it away, et cetera – but also provide the affordances of the digital world, including searchability, wide dissemination, reconfigurability, and more.

Q: How has technology fundamentally changed the workplace?

DB: I believe that technology evolution is pretty much co-evolution. In a humorous way, silicon and carbon (human) constructs are co-evolving. We design silicon devices and they modify our capabilities. We only feed the ones that seem compatible with our needs, and we strive to make them more capable. So we adapt to each other and evolve in a coupled manner.

Q: Back to the “office.” Where does the future go from here?

DB: To predict the office of the future, I believe we have to focus on the affordances that we value now as well as the affordances that could be added. We should understand that there is not just one potential future. All futures are not only possible; they well may coexist for many years.

I believe we are on a fast path to achieving human prostheses — like augmented and virtual reality tools — that will allow us to be in a work place with global access to information and each other, no matter where we are. But we have to design the virtual space so that human interactions and all its affordances are well-supported. The invention of the future will depend as much on ethnographers and psychologists as engineers.

Q: What are some of the positives and negatives of the modern working environment?

DB: Bringing together a rich diversity of people, and providing space and resources to create and try out products, are important affordances. Getting to know a relatively few colleagues well is pleasurable and facilitative. However, limiting the population watershed of work places to people who live within a reasonable commuting distance and time synchrony is a negative. For the time being, it’s the best solution we have.

Q: What’s your biggest challenge when it comes to communicating and connecting with your colleagues, clients or partners?