Shedding light on advanced batteries to manage them better

Shedding light on advanced batteries to manage them better

Lithium-ion and other advanced battery chemistries have shown promise over the last decade for driving the world’s clean energy strategy with hybrid/electric vehicles (xEVs), grid storage, and other enabling technologies. Of late though, batteries seem to be in the news more for the wrong reasons, spanning issues such as reliability, range anxiety in electric cars, causing large fleets of aerospace vehicles to be grounded/retrofitted with safety protections, 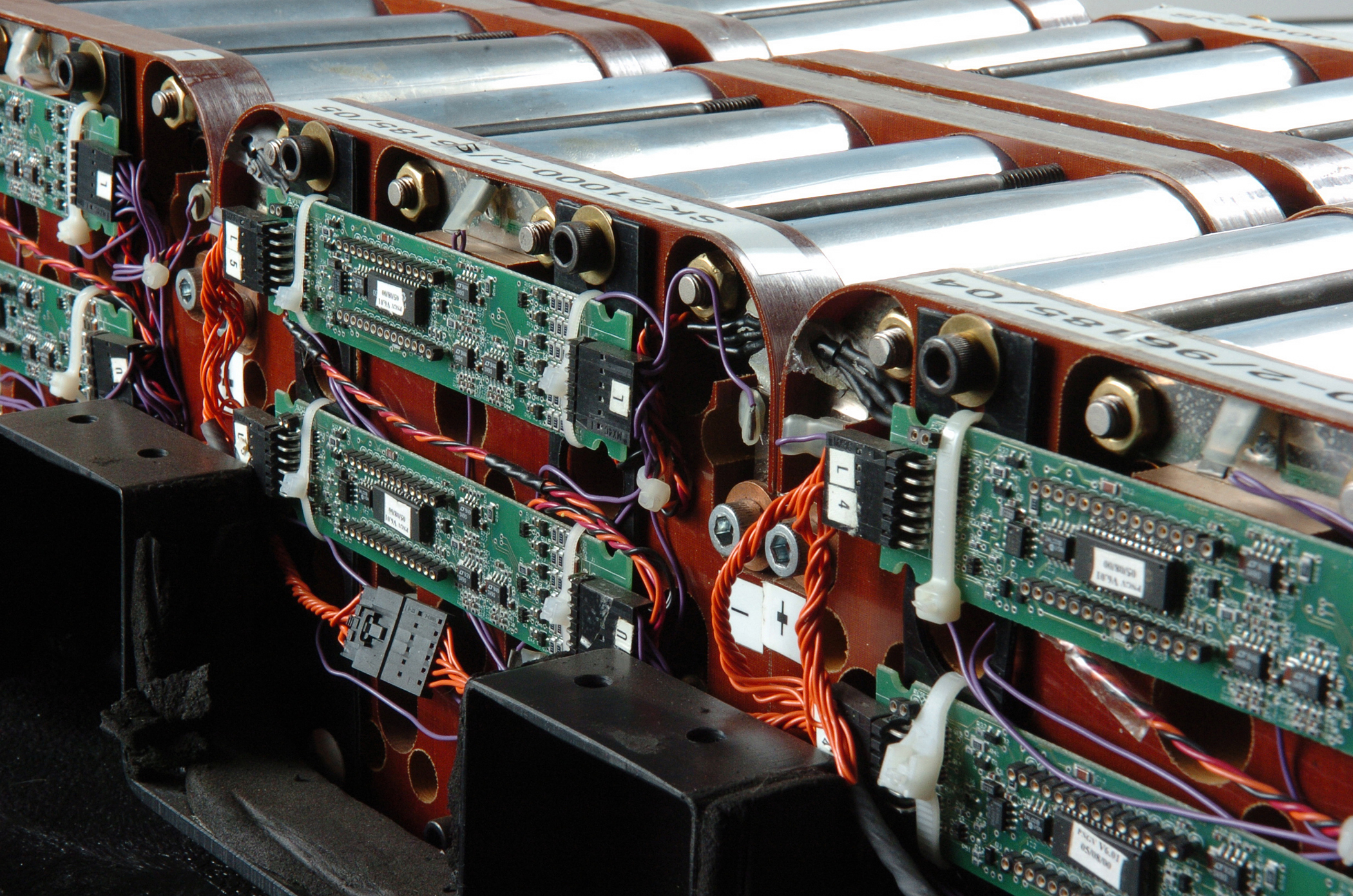 and the occasional fiery field failure. Or, if those issues are somehow avoided, then for simply being too expensive and contributing to weak xEV sales.

A key reason for these issues has been the challenge to probe parameters that directly reflect key physical properties related to the degradation and failure of fielded batteries. In currently deployed architectures, a Battery Management System (BMS) uses external voltage, current, and temperature measurements to estimate the state of the battery. These external signals, however, provide little direct information on the physical and chemical state internal to the cell. Batteries are complex systems, and developing techniques to cost-effectively and accurately monitor, manage, and predict important performance measures for safely and reliably extracting their true power and energy potential has been a challenge for effective battery systems.

PARC has taken on this challenge. Under the ARPA-E AMPED (Advanced Management and Protection of Energy-Storage Devices) program, we’ve brought together our cross-disciplinary, world-class skills in optics, compact sensing, machine-learning algorithms, systems health management and battery systems. We’re teamed up with LG Chem Power, an industry-leading xEV battery systems supplier, and together, we’re developing SENSOR (Smart Embedded Network of Sensors with an Optical Readout), a next-gen battery management system enabled by low-cost, accurate embedded fiber-optic sensors that are highly sensitive to battery state. Halfway into our three-year project, we’ve made some really exciting progress, as summarized in this short video summary. 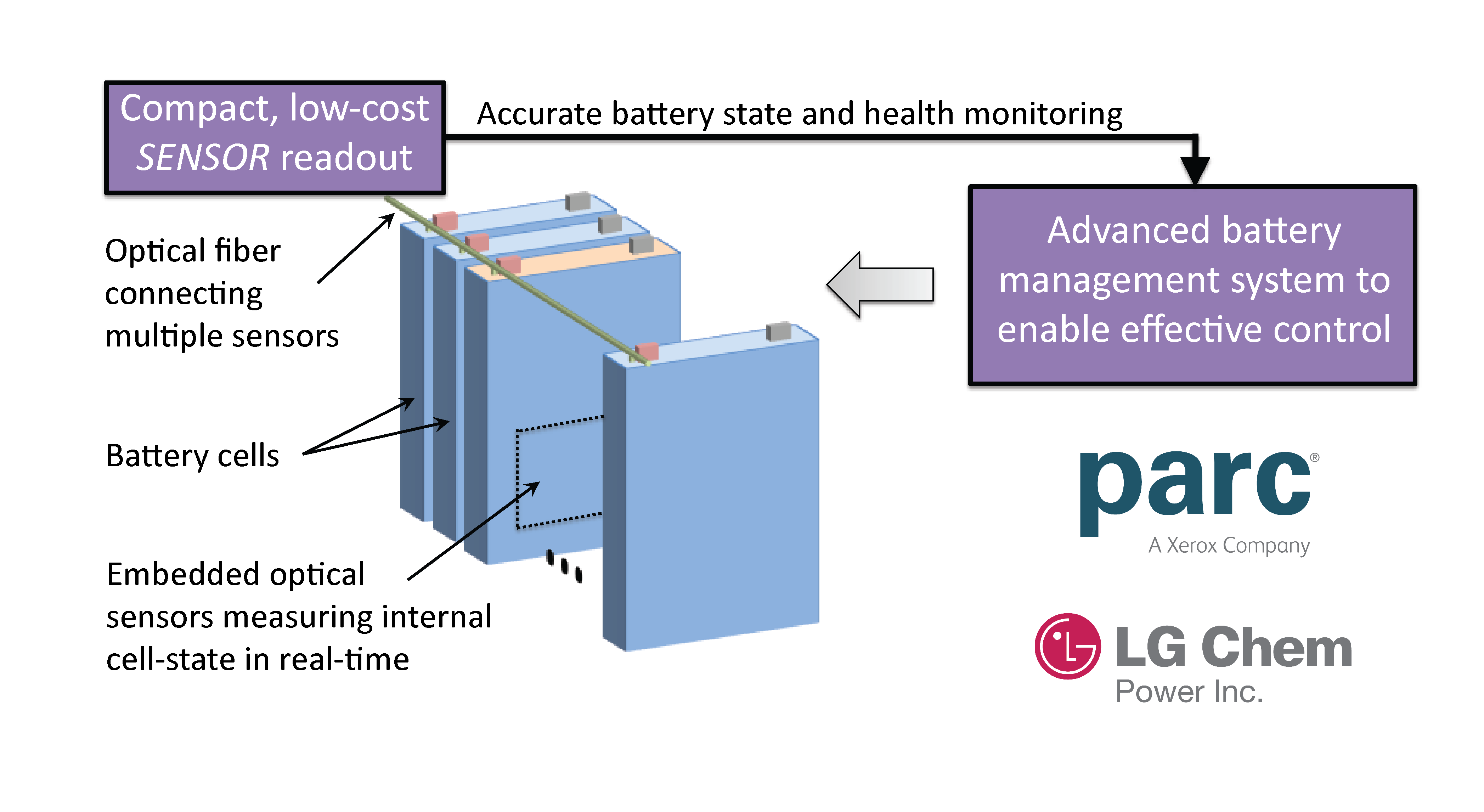 At the heart of this project is the idea of using fiber-optic (FO) sensing coupled with smart algorithms for cell state monitoring. FO sensors have a number of advantages. They are lightweight, thin, inherently immune to electromagnetic interference and electrostatic discharge, and robust to harsh environments; they can be sensitive to a number of parameters of interest: strain, temperature, pH, chemical concentration, current, voltage, etc.; and, importantly, they can be monitored on the same hair-thin FO cable by multiplexing. All of these characteristics make FO sensing an intriguing option for direct internal cell state monitoring.

As our team figured out the procedure to embed FO sensors in cells, we initially explored simpler configurations where the FO sensors were mounted externally on the cell skin for strain and temperature sensing. Even with this initial configuration, we’ve been able to monitor a number of interesting cell state features. Over the course of charging and discharging, as ions intercalate/deintercalate into/out of Lithium-ion cell electrodes, they undergo a number of distinct stage changes. These intercalation stages correspond to certain internal physical and chemical states of the cell. We have consistently and reliably been able to detect intercalation stage transitions in the FO signals at various xEV-relevant charge-discharge rates, including dynamic cycles. The strain signal has been strong enough to yield high-accuracy state-of-charge (SOC) and state-of-health (SOH) estimates, in conjunction with our team’s cutting-edge machine-learning algorithms. The high-resolution cell temperature signal itself has also been very useful in assessing thermic electrochemical reactions occurring in the cell. 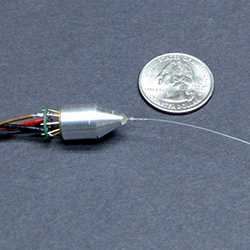 Paul Erdös once said, “A problem worthy of attack proves its worth by fighting back!”.  We certainly have already seen quite a bit of that along the way in this endeavor. For example, while PARC had developed a low-cost single channel FO readout concept earlier before this ARPA-E project, extending that for a large chain of multiplexed sensors, while keeping costs low enough for BMS, proved more challenging than initially thought. We had to go through the wringer ideating and testing a number of different extension strategies; eventually we invented a promising proprietary augmented version of our older readout concept that has put us back on track to hit our cost target.

Similarly, in trying to embed FO sensors inside the cell, a key goal we had set for ourselves going into the project, we had to work through a whole series of development iterations to figure out a good method that allowed us to monitor accurate, stable cell state signals. Eventually though, we did succeed in fabricating high-performance Lithium-ion cells with integrated FO sensors within the electrode stack. Initial validation tests have been promising. Thus far, no adverse seal integrity or cell capacity degradation effects have been detected resulting from the embedded FO sensors. In turn, FO sensors of certain materials have shown to be robust to the cell environment over longer-term accelerated stability tests.

With these embedded FO sensors, we’ve been able to monitor 3-4x stronger electrode strain signals from inside the cell compared to the external cell skin-mounted configuration described earlier. Additionally, such internal sensing configurations have been useful for chemical concentration sensing, which can offer the ability to detect subtle evolution of gas species inside the cell that is associated with overcharging or overdischarging.

In addition to all these cell state features detectable with FO sensors, that are presently not feasible with conventional electrical BMS sensing, we also envision that FO sensing can monitor other pack parameters of interest such as current, thermal management coolant leaks, and perhaps even perform some BMS control functions with the same FO network used for sensing.

We’re now working on making this field-deployable in xEVs. A key enabler for that will be PARC’s proprietary low-cost, compact optical readout technology mentioned earlier that is capable of accurately monitoring highly multiplexed FO sensors for a full pack at 100 Hz. Initial cost estimates suggest that it should be feasible to mass-manufacture the entire SENSOR FO sensing system at a few 100s of dollars per xEV pack. At that cost point, SENSOR can completely replace conventional electrical BMS sensing while offering much more value for BMS, and extracting more performance from the pack by cycling the cells to their true safe limits. The promising cell-level results described above and initial techno-economic analyses have paved the way for recently initiated module-level validation tests and more detailed cost-performance modeling studies.

While further validation to fully qualify SENSOR for its applicability to fielded commercial battery systems will continue, we believe these developments so far already represent a compelling advance in the quest to solve the challenges of battery management. It is worth pausing to reflect on why we have made good progress in an area where many other attempts have been ineffective. Having been somewhat of an outsider in the BMS space before this project, PARC had the freedom to think about the problem afresh from the ground up.

PARC had a unique combination of novel perspectives of accomplished experts from other related areas such as optics, sensing, and systems health management that came together with this out-of-the-box idea for BMS building upon PARC’s earlier breakthroughs. Teaming with LG Chem Power brought in established specialists with direct experience in cell electrochemistry, battery design, BMS and manufacturing. Such a team is often critical for leveraging useful ideas and tools from other fields to create transformational technologies while being cognizant of practical application constraints.

Batteries are just the first of many systems health management applications that PARC is excited about advancing with our SENSOR technology. Analogous problems to those described earlier for batteries also exist in other fielded systems. Examples include aircraft engines, power plant turbines, oil and gas extraction systems, energy transmission, and a broad class of aerospace, civil, and mechanical structures. And of course, PARC’s open innovation business model encourages our team to explore broader commercialization opportunities and spinoff applications to take this breakthrough technology to benefit various engineering sectors.