The best way to invent the future is to predict it

The best way to invent the future is to predict it 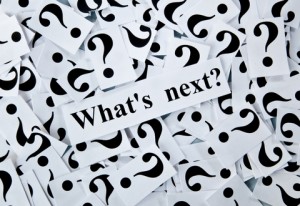 “The best way to predict the future is to invent it.” PARC researcher Alan Kay is widely attributed as having said this here. However, we don’t know this for sure; as Bob Metcalfe aptly shared with us recently (and he was quoting Alan Kay who in turn was quoting Robert Heinlein) – good stories are rarely true.

But we’re not trying to share a story with you here… what we want to share is a glimpse into what PARC alumni, employees, and invited friends of PARC predicted that we as a company would (or should) be working on in the future… the next 40 years.

There’s also a separate 4-minute video with luminaries sharing their predictions with us in person after the jump.

Because why can’t the best way to invent the future be to predict it??

Given that these predictions were shared as part of our recent 40th anniversary celebration event, we shouldn’t be surprised that many riffed off PARC’s founding charter from 40 years ago: to invent “the office of the future”.

Looking forward to the next 40 years, people suggested that PARC would move the world’s office away from the desktop and outside the workplace and into the cloud – what one person called the “new Internet-desktop“.

Other riffs on this theme included PARC inventing the doctor’s office of the future, or even finally realizing the paperless office. Though perhaps the most well-reasoned and useful prediction around this theme was this:

Office of the Future is really a never-ending problem to investigate. Work practices evolve constantly and new business solutions need to be invented. PARC should continue to focus primarily on inventing technologies for business operations.

While many argue that the notion of single mission-oriented research centers may be a thing of the past, collaborative innovation hubs with a mission or collection of domains are certainly not… So it was especially interesting for us to see what people suggested as the top domains PARC should be working in the next 40 years:

Biotech – this ranged from suggestions as general as healthcare to suggestions as specific as pico-technology for fertility management and edible cancer-seeking lasers. One person asserted that biotech would “grow the same way as the semiconductor industry”, though the best argument was this: “The last 40 years featured major advances in digital technology. The next 40 will feature major advances in bio-tech. Powerful digital technology will be one of the enablers for these advances.” However, we’d also point out that powerful digital technology is an enabler for just about anything.

Our favorite? That “PARC become known as the sower of seed corn for the next round of Silicon Valley new ventures in energy, bio, and other related areas.”

So it’s fitting that this next set of predictions takes the next, huge leap: from interaction, to seamless integration between humans, machines, and information. Enter neuro-bio-bionic-whateveritscalledthesedays computing.

Some of the predictions involved synthetic biology and simulating the human brain, but most of them were focused on various means for direct inputs, cybernetic implants, and neural interfaces to the human brain – including “augmented perception prosthetics devices that you attach directly to your nervous system to provide data about your surroundings at the touch of a thought”.

Also: bio-CPUs. And: brain wave processing, specifically, a “spinoff of the multi signal collaborative processor technology employed in the ‘multicorder’ surpasses diagnostic acumen previously only available in the tricorder.” Sure.

Other suggestions included technologies for scavenging energy from the human body, and biological/electronic hybrids so that “When my children give me a PARC ‘electronic mouse’ that does simple household and personal chores, I will find it disturbing.”

But to us the most intriguing suggestion was:

Developing supporting technologies for transitioning individuals and society to the matrix.

…especially if he meant Matrix with a capital M.

All things 3-D (and… invisible)

The next most popular theme was ubiquitous, personalized, context-aware, embedded, and wearable computing. Some may argue that this domain, especially the “wearable” part, is not that different from the above neuro-computing domain since both blend the digital and physical. We’re not here to argue semantics [but if you’re in the mood, do try this post].

Instead, folks offered these suggestions for 3-D technologies PARC would be working on in the next 40 years:

There were also multiple suggestions for invisible technologies. Our favorites: invisible phone (“distributed on a person, in pockets, in ear pieces”) and invisible email (“titles and/or contents come through the ear piece on command”). We sure do like the concept of invisible email.

On a serious note, we can’t ignore this:

In the next 40 years, there will be several battles between ubiquitous personal data and privacy. PARC will be in the trenches of this battle, developing data mining techniques on the one hand, and privacy enhancing technologies on the other.

And on a not-so-serious note, we can’t ignore this:

Creating a digital reality for me to live in when I become a feeble old man. Get cracking, we are both running out of time!

Many of the predictions were more generic to PARC as an entity; these were pretty standard, focusing on professional services and incubation and patents and the vague but interesting “reinventing invention“.

A few folks riffed on Moore’s Law, replete with order-of-magnitude calculations and the general “extending of Moore’s Law“ beyond currently viable ranges and to just about anything. Can’t have a Valley event without Moore’s Law being mentioned at least once.

In the general predictions category, though, our favorites were: “a PARC employee winning the Nobel Prize” (= impact the world) and “endowment from wealthy alumni“ (= money) — so why not combine them into the neat distillation of “occasionally making a profit while inventing some cool and useful stuff”?

Finally, there were the predictions we simply Could. Not. Categorize.

“Single set clothing technology” (is this fashion)? One person even suggested we work on the “separation of soul and body”. Hmm.

Surprisingly (or not so surprisingly!), a number of folks suggested teleportation, exhorting us with “Come on, it’s time to get going on this now.” Okay; at our next 40th celebration, you can just teleport here.

Here’s the thing. Predictions are fun — and useful — but let’s not forget what Niels Bohr (and later Yogi Berra, as one person submitted) said: “Prediction is hard, especially about the future.”

So we’ll just keep doing what we do best, and let you worry about this part.