The electric vehicle — is it finally time?

The electric vehicle — is it finally time?

Cars and trucks have run on gasoline or other fossil fuels since mass-market automobiles were first introduced. The first all-electric mass-market vehicle was introduced over 100 years later, and recent successes such as the mild-hybrid Toyota Prius and all-electric Tesla Roadster have reignited interest in electric vehicles. 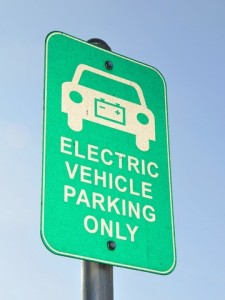 Jumping on the all-electric powertrain

Arguably, the all-electric powertrain will be the most significant disruption in automotive technology since Henry Ford introduced the first assembly line.

So far, the gasoline- (or diesel-) powered internal combustion engine has been a tremendous success despite its limited efficiency, particulate matter and CO2 emissions, complexity, and maintenance demands.

Owners of electric vehicles (EVs) would also enjoy benefits such as zero emissions (from the vehicle itself), instant torque, rapid acceleration, whisper-quiet engines, and significant reductions in their commute costs.

But don’t bid goodbye to the internal combustion engine yet

The recent introduction of plug-in hybrids such as the GM Chevrolet Volt and all-electric vehicles such as the Tesla Model S and Nissan Leaf (with its marketing-play acronym of Leading Environmentally friendly Affordable Family car!) have sparked a new wave of public interest and heightened expectations:

…Is it finally time for electric vehicles to displace the internal combustion engine for good?

While I believe the future of personal transportation (ground, water, air) is in all-electric propulsion, I have my doubts that it’s time.

We need a Moore’s law for batteries

There are still a few significant gaps in battery technology:

In addition to battery technology gaps, there are significant infrastructure issues in widespread EV adoption.

For starters, aging local power distribution grids may not be able to support large numbers of electric vehicles charging at the same time without capacity upgrades. Houses, garages, and carports need to be equipped with high-current charging stations. A pervasive public charging infrastructure needs to be developed to alleviate the “range anxiety” experienced by early adopters.

Finally, if the power for electric vehicles has to come from coal-burning power plants, electric vehicles would not be as “environmentally-friendly” as they are glorified to be — see for example Scientific American’s recent coverage about the The Dirty Truth about Plug-In Hybrids (see the brief infographic here or get the full article).

I expect the new generation of electric vehicles will be popular with enthusiasts and early adopters. Personally, I am considering buying one. However, I fear that this new generation of EVs will require too many compromises to appeal to the mass public.

It will take another generation of battery technology improvements for electric vehicles to reach pump parity with their internal combustion counterparts.