My own history at PARC

Quite a lot has changed since 1978. When I joined PARC that year as an intern on Alan Kay‘s Smalltalk team in the Learning Research Group, Jimmy Carter was president and the first Star Wars was in theaters. 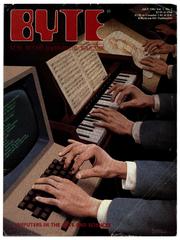 I always had an interest in writing my master’s thesis around music and the computer, and that thesis in 1980 became Mockingbird, the first-ever WYSIWYG (what you see is what you get) music notation editor software, even featured on the cover of Byte Magazine.

Since then, I’ve had the privilege and pleasure of continuing to do a lot of great research at PARC. In the past nearly 40 years, I’ve also had the fun of watching PARC grow, evolve and become what it is today.

We often use eras to help make sense of what came before, try to predict what the future might hold. So, here’s how I see the four eras of PARC’s computer science research, so far. 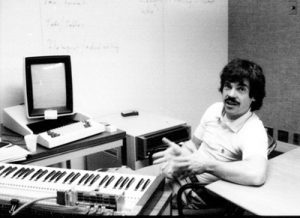 Alan Kay with the Xerox Alto, circa 1975

This is the era for which PARC is probably most famous. George Pake was the visionary center manager who made PARC, then known as Xerox PARC, possible. This era was defined by tech legends Bob Taylor and Alan Kay, who each gathered and led a large group of outstanding researchers. This is the era of the Alto, graphical user interface (GUI), Ethernet, laser printing, and Smalltalk.

The computer science researchers of the First Era had been divided into three groups based on programming languages they had developed for themselves: Smalltalk, Mesa/Cedar and Interlisp. With many of the Smalltalk and Cedar people now gone, the research focus shifted to the Interlisp researchers, led by John Seely Brown, or “JSB.” JSB had a broad view of what constituted computer science, which included linguistics, cognitive science and ethnography. He eventually became the center manager and advocated a broad view of PARC’s research agenda: “from atoms to culture.” He was supported by Mark Weiser, who was manager of the Computer Science Laboratory, and promoted the notion of “ubiquitous computing.” This was a second golden age of PARC’s computer science research, an era coinciding with Xerox being The Document Company, and transitioning documents from the paper to digital world.

In this era, PARC was spun out as an independent company, a wholly owned subsidiary of Xerox. More than half of its research was now for organizations outside of Xerox. From this era came Powerset, a natural language search technology based on research that I was involved in, that was acquired by Microsoft in 2008. There was also Content-Centric Networking, a new approach to communication architecture. PARC’s computer science research eventually developed a renewed focus on Xerox, especially after Xerox acquired Affiliated Computer Services (ACS), a business process outsourcing company. This era’s defining center managers were Mark Bernstein and Steve Hoover, now CTO at Xerox. 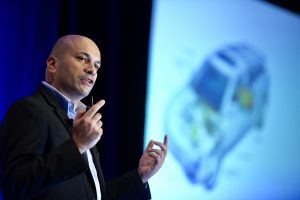 We are entering a new era, a Fourth Era. PARC now partners with and does research for a variety of entities, from government agencies to start-ups to Fortune 500 companies. Some of PARC’s clients today include Procter & Gamble, Samsung, Motorola, Sony, Panasonic, BASF, Sandvik Coromant, the U.S Government and of course, Xerox. Many talented researchers and leaders have joined PARC and continue to join. Tolga Kurtoglu, former vice president of PARC and director of our System Sciences Laboratory, where he was in charge of artificial intelligence (AI), digital design and manufacturing, and condition-based maintenance, now leads PARC as CEO.

PARC’s focus areas have naturally shifted, now toward AI, internet of things, digital design and manufacturing, microsystems and smart sensing, and novel printing and flexible electronics. Personally, I’m working on collaborative software in general and conversational agents in particular. It’s an exciting time to be a researcher at PARC. The continued success of PARC and specifically its computer science research will rely on continuing to pursue a vision that attracts high-quality researchers and customers who understand the value of research and innovation. Three eras later and I can say that it’s truly an honor to still be doing cutting-edge research at PARC. I look forward to continuing the journey and seeing where the fourth era of PARC takes us. 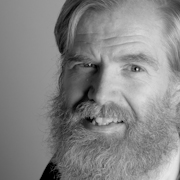 John Maxwell is a Principal Engineer at PARC currently working on technologies for conversational agents. John joined PARC as an intern in 1978 as part of the Smalltalk group. He has a bachelor’s and master’s degree in computer science from MIT. His Master’s thesis led to the first WYSIWYG music notation editor “Mockingbird,” which appeared on the cover of Byte magazine in January 1984. John also helped develop the Cedar experimental programming environment before switching to computational linguistics.