The Future of Autonomous Cars Depends on Sensors

The Future of Autonomous Cars Depends on Sensors

What autonomous cars can and can’t see today

The fact is, autonomous cars still have some road to cover. How effectively driverless vehicles can truly see and detect the world around them, from a jogger to a broken traffic light to a runaway llama, will ultimately determine the timelines for safe, reliable autonomous cars existing on everyday streets.

Sensors, and the decision-making algorithms that are driven by them, remain a requisite for the future of self-driving cars.

The race for better autonomous car sensors has already begun. And while much progress has been made, current sensor technologies still have various limitations. Lidar sensors, which measure distance with a pulsed laser light, are good at generating detailed 3D maps of a car’s surroundings, but not monitoring the speed of objects in real time. They also struggle in difficult-visibility weather conditions like fog, snow or rain.

Cameras are good at providing HD detail, but struggle with elements like glare or low sunlight. Both Lidar and camera sensors also can’t see very far away – their ranges in good weather are limited to around 150 meters and 30 meters, respectively.

A third autonomous car sensor, one that can operate at long range and in all weather conditions, has been critically needed. 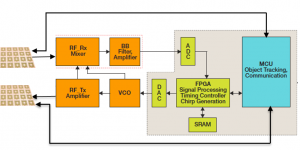 When Dr. Bernard Casse began his metamaterials radar project three years ago at PARC, he knew he wanted to disrupt the autonomous vehicle sensor landscape. His team began developing a low-cost radar “digital eye” to possess true 3D vision and human-like interpretation of the world – to be able to accurately determine the location and speed of any road object, and classify the object, while driving at fast speeds in cluttered environments, and in all weather conditions.

Now, three years later, Dr. Maha Achour, a seasoned leader in the wireless, metamaterials and optics space with more than 100 patents, has teamed up with Casse to found Metawave, spun out from PARC, to carry out the vision of developing high-performance radars to make autonomous cars a reality. 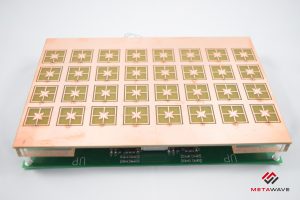 Using metamaterials enables a significant reduction in size, cost, weight and power, while maintaining the same performance as traditional phased array antennas. The digital eye steers the radar beam and determines the speed, location and size of road objects, in a full 120-degree field of view and up to 300 meters ahead.

This innovative approach beats other kinds of radar. Traditional digital beamforming radars require computationally intensive and time-consuming work to form and switch beams and reconstruct the scene, particularly for sensing targets far away, making the technology unreliable for, say, avoiding an unexpected collision.

Bringing metamaterials and AI together

Capturing the world is one part, making sense of it is the other. Achour and Casse are leveraging the rapid rate of progress in artificial intelligence technologies to continue to develop more robust perception and decision-making algorithms. 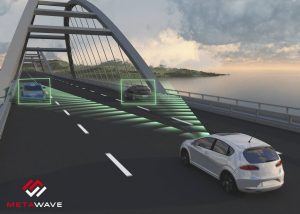 Metawave’s AI engine functionalities already extend beyond line-of-sight object recognition. Some of its capabilities include “seeing” around corners, predictive analytics of traffic patterns, identification of dangerous driving conditions, and preventing road accidents before they happen.

“What we want in the end,” says Casse, “is a reliable radar that’s smart, that can tell you there’s a child in your parking zone, that can discriminate between an SUV and a sedan, that can anticipate an accident by taking a look at traffic patterns.”

The company’s technology is also capable of smart beamsteering antennas for 4G and 5G networks to provide faster networks and connectivity for billions of users.

When will autonomous cars become a reality? Nobody has the answer for sure. But advancements in smart radar sensors, like the ones being made at Metawave, are a necessary piece to the puzzle, and automakers are already excited about the prospects.

Learn more about Metawave and their radar digital eye.