The Future of Technology-Mediated Social Participation

The Future of Technology-Mediated Social Participation

This week, the PARC Forum hosts a panel discussion on “The Future of Technology-Mediated Social Participation”. This coincides with a workshop (funded by the National Science Foundation) on the same topic. As one of the organizers (with Ben Shneiderman and Jenny Preece from University of Marlyland), I thought I’d share my motivations for pushing this effort and my thoughts on some of opportunities and challenges we face as new social worlds emerge online. 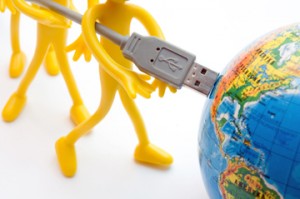 The Web was becoming increasingly social with millions of people participating in huge online communities and movements: everything from World of Warcraft to Wikipedia to presidential campaigns. Not only that, but research scientists themselves seemed to be getting more “social”: computer scientists were collaborating with social scientists and psychologists to understand massive networks of human-to-human interactions, and psychologists were getting together with economists to study the “social mind” as opposed to the “isolated rational mind.” Suddenly, there’s a whole set of new phenomena that we’ve just never seen or understood before.

Much of this has to do with the fact that really massive amounts of finely grained data about human online behavior provide an un-mined goldmine for scientists, and they now have the data-mining and network science tools to start digging.

Harnessing this psychological and social machinery

Social mechanics and dynamics are involved in everything from spreading happiness and obesity to generating new innovations. New kinds of network-based technologies can be used to harness this psychological and social machinery in radically new and more effective ways (e.g., the Iowa Electronic Markets; reCaptcha).

Who would have thought that simple architectures for participation (e.g., Wikipedia, SourceForge, InnoCentive) could rival the scale of results previously achieved only by massive private or public works projects? Unfortunately, we’ve got some really big problems: global warming, the economy, terrorism, war, polarization, incivility, a loss of “community” – to name just a few. Maybe the insights and technologies around those new social-computational architectures can be harnessed in ways that address some of these big problems? Perhaps new citizen science communities to accelerate evidence-based medicine to promote health and save money, or innovation networks to discover new climate solutions?

While we can get excited about the possibilities, we also have to be realistic. For every utopian outcome one can imagine, there are real-world undercurrents that need to be considered – just think of the diverse stakeholders and agendas of those in medicine or climate change. Furthermore, only a minuscule percentage of the population actively contributes to even the most successful systems. Most social technology efforts fail: for every Wikipedia, there are thousands of dead or dying wikis.

The truth of the matter is that we really understand very little about how or why new social-computational systems work.

Towards a science of technology-mediated social participation

I believe we need to develop a deeper science and education about technology-mediated social participation. It needs to promote:

There’s a whole thorny set of issues and opportunities within each of these topics.

This week’s Workshop on Technology-Mediated Social Participation at PARC will bring together approximately 30 researchers from industry, academia, and government. A second workshop will be hosted on the East Coast in February by the University of Maryland. The goal of these workshops is to draw up a scientific agenda and educational recommendations for a new era of social participation technologies.

As individuals, we’re limited by how much we know or think about any of these things, which is why I’m hoping that participants on the panel and in the audience at this week’s PARC Forum can help. If there is one thing that I have learned from the new studies and models it is that better ideas and solutions come to those who are connected to others with diverse ideas and viewpoints. We see further when we stand on the shoulders of others.