We Don’t Care About Your Features (Create Value Instead)

We Don’t Care About Your Features (Create Value Instead) 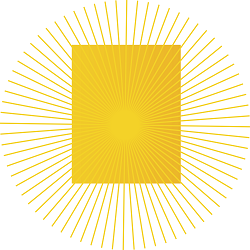 Over the past few months I’ve seen a lot of pitches from people with ideas for new stuff. One thing that I’ve observed is that people tend to be obsessed with the features that they’ve come up with for their new product, or service, or app, or whatever.

Here is how it plays out: someone is explaining the market gap that they are filling, and they say something like: “Facebook is great for sharing, but it doesn’t let you share one particular type of data in the precise way that this feature in our thing will.” And that’s the justification for their business opportunity.

It’s great to see their enthusiasm, but there’s one big problem with this:

I don’t care about your features.

No one else does either.

What we all want is for you to solve our problem. One feature that I would love to have in Facebook is something that would map out my friends as a social network, with data that I can download into Social Network Analysis software. And I want it not just for me, but for anyone.

You can build a social network that has this feature, but even though I’d really like it, it’s not enough to get me to switch from Facebook.

Why not? Because Facebook does a bunch of other stuff that your social network probably won’t do as well. On top of that, all my friends and relatives are already on Facebook, and I don’t think I can get them all to switch over to your new social network. So you may have come up with the one feature that I’d really like, but you still won’t win.

I don’t care about your features, I care about getting problems solved. Tell me about that.

Alex Osterwalder addresses this problem with his Value Proposition Canvas. This is a great tool that I think all startups should be using. The first post that I linked to explains what each of those six categories are, and what questions to answer to help decide what your value proposition is (download the pdf to get all of this on one big page). Osterwalder followed that up with a post explaining how to use it.

Here are the advantages he sees:

“Firstly, the VP Canvas gives you a simple and practical way to rapidly sketch out WHAT you are building and how you believe this will create customer value/benefits, as well as WHY your are building it: which customer jobs, pains, and gains you intend to address.
“Secondly, the VP Canvas helps you distinguish between Product/VP and Customer assumptions. If you ‘just’ build an MVP to measure and learn, you won’t know if a negative outcome of your experiment is related to your MVP or to a lack of customer interest.”

In other words, it helps you sort out what problems you’re solving. Once you’ve done that, then you can think about features. But when you’re pitching your idea, we only care about the value you’re creating, not the features.

At one of the events, I had a guy ask me “What do you think about apps?” I wasn’t quite sure what he meant, but after we talked a bit it became clear that he was wondering if I thought his startup should be building an app. Once we got that sorted, I told him that was the wrong question. The thing that he should be thinking about is what problem he is trying to solve, and for whom. Once he has answers to those questions, then he can figure out if the best vehicle to use is an app, or a website, or a door-to-door salesforce, or whatever.

This isn’t just for startups either. Word became a big, bloated memory hog because Microsoft became obsessed with features too, instead of creating value. This is a great approach to take any time you are interested in business model innovation. Of course, if you do use this approach as a startup, it does improve your chances for becoming an innovative firm.

If you’re pitching, you should be using Guy Kawasaki’s 10 Slide framework.  He says:

“If you must use more than ten slides to explain your business, you probably don’t have a business. The ten topics that a venture capitalist cares about are:
1.  Problem
2.  Your solution
3.  Business model
4.  Underlying magic/technology
5.  Marketing and sales
6.  Competition
7.  Team
8.  Projections and milestones
9.  Status and timeline
10.  Summary and call to action“

The Value Proposition Canvas gives you the information you need for the first two slides. If these are good, then you’ll have an innovative business model on slide three. Slide four is the only one where you might mention features – but even here, we don’t care about your features. We care about the bigger picture – how will you solve this problem?

So please don’t tell us about your features. We’re much more interested in learning how you’re going to create value. If you have that figured out, then you have a shot at changing the world.

Editor’s Note:  This article originally appeared on Tim Kastelle’s “The Discipline of Innovation” and can be viewed here.