Editor’s note:  Since the publication of this article, we also announced a new partnership with GreenBiz Group to participate at VERGE (October 14-17 in San Francisco) as part of PARC’s commitment to supporting cleantech and energy startups. Scott Elrod, PARC Vice President and VERGE judge, will be on stage providing industry expertise and perspective about participating startups in the VERGE Accelerate pitch competition on October 15 at 10:30 a.m. Learn more here.

Facing longer development cycles and regulation hurdles, early stage cleantech companies and entrepreneurs have a unique set (and lengthy list) of challenges outside of those faced by a typical startup. 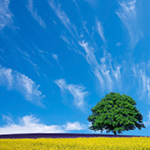 Investment and VC dollars are even more difficult to come by. The Cleantech Group reported that global investment in cleantech startups dropped by 33 percent to $6.46 billion in 2012.  They also recorded 704 deals, which was 15 percent lower than the 829 tracked in 2011.

Take this in comparison to the overall VC global investment for tech as reported in a study conducted by PricewaterhouseCoopers and the National Venture Capital Association (NVCA) with data from Thomson Reuters.  In 2012 there were $26.5 billion put into 3,698 VC deals. While this still equated to a decrease of 10 percent in dollars and a 6 percent decline in deals over the prior year, the decline was much smaller than that experienced by cleantech startups.

Martin LaMonica of MIT Technology Review has also observed cleantech startups struggling and some of the trends contributing to it. One factor remains that general VC firms continue to flee, and “startups are turning to alternate sources, such as corporate investors and family foundations.”

There are some bright spots, though, for the cleantech entrepreneur. A leading example of support is the Cleantech Open, a not-for-profit organization that runs the world’s largest accelerator for cleantech startups. Their mission is to find, fund, and foster entrepreneurs with the big ideas. Since its founding in 2005, more than half of the 700 companies they have worked with have gone on to raise external capital totaling over $800 million.

In 2002 PARC began open innovation work, including our own deep research into energy and water innovations, as well as extensive work with startups across industries. Continuing on our commitments to open innovation and to help solve some of today’s global issues, we recently partnered with the Cleantech Open to promote the formation and development of cleantech startups, mentor entrepreneurs, and provide technology expertise and prototyping support to select startups. We now join other key sponsors of the Cleantech Open, including Global Partner, Chevron; National Education Partner, University of Phoenix; and National Premier Sponsor, Wells Fargo.

We are incredibly excited to help accelerate startups to a position of success, both with the Cleantech Open and across vertical sectors with other incubators. By providing new business options, custom technology, IP, and internal research capabilities otherwise unavailable at such an early stage, we believe this new partnership is an important step toward cleantech startups conquering their challenges, advancing further to secure more funding, and making a positive, direct impact on the environment.

Stay up-to-date on all the latest from PARC!  Subscribe to our newsletter.