Will Electric Bicycles Play a Role in the Future Urban Landscape?

Will Electric Bicycles Play a Role in the Future Urban Landscape?

Not long ago, a researcher working at the Lawrence Berkeley National Labs in Berkeley, CA was looking for a healthy way to get to work. The labs sit atop a very steep hill, so biking to the office was exhausting. The researcher 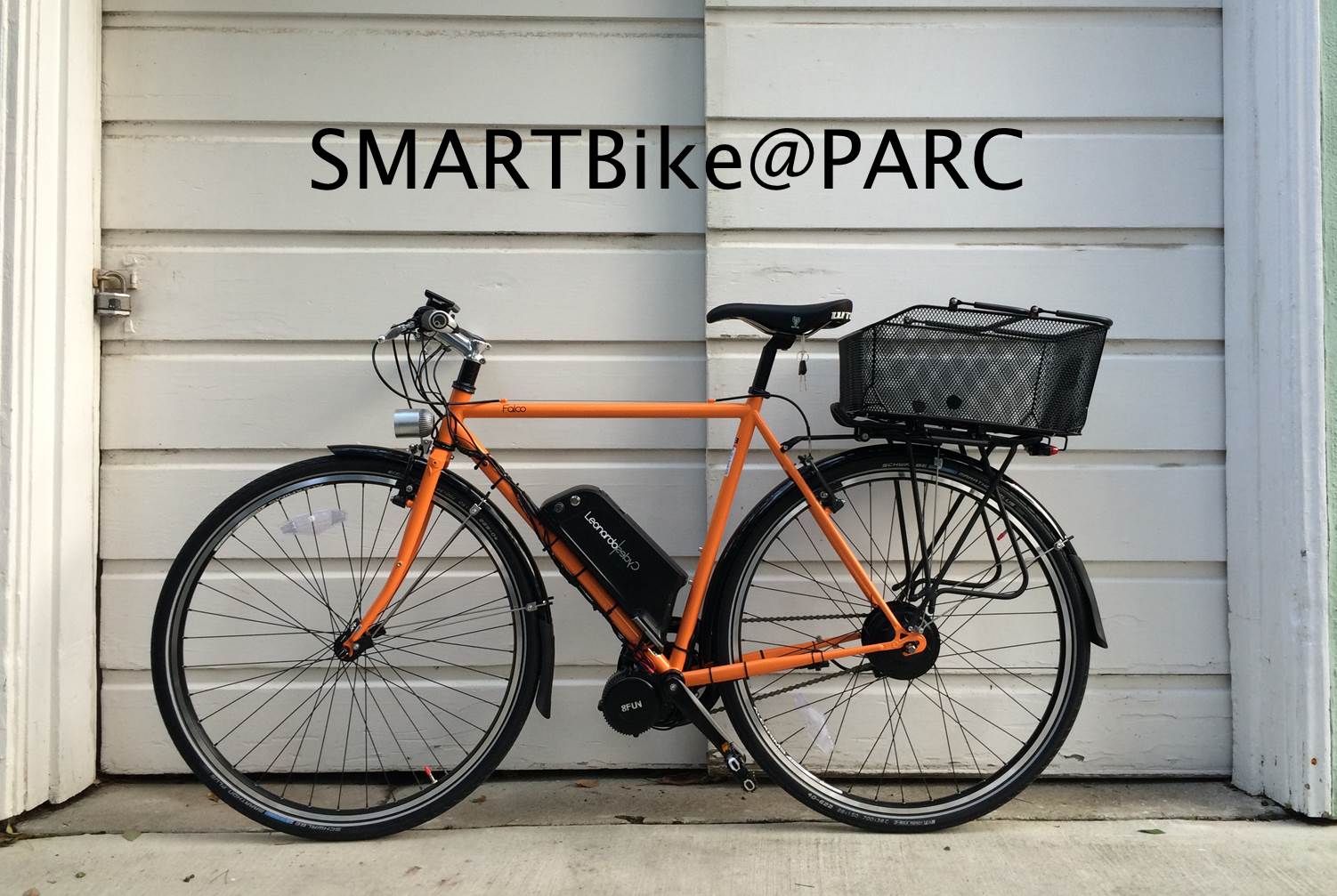 would invariably arrive drenched in sweat and needing to shower before work. Alternative options like the shuttle service proved inconvenient, so he began exploring electric bicycles, which use a motor to assist the rider’s pedal power. Since none of the models on the market had enough power to make it up the steep hill, he built his own electric bike with carefully chosen components that gave it enough power to get him up the hill without breaking a sweat.
Shortly after joining PARC, a Xerox company, this researcher (who asked not to be named in this post) happened to show off his bike to some colleagues working in PARC’s hardware and software labs — Peter Kiesel, Thomas Wunderer, Erik Vinkhuyzen, Julian Schwartz and Andreas Schuh. The group became interested in studying a transportation solution that is efficient, clean, fast, safe, simple to use, cost-effective, healthy and fun.
They decided to submit a proposal to PARC’s annual employee-led internal research program with the goal of exploring how electric bicycles could be integrated into the urban mobility transportation portfolio. They won the competition, and the SMARTBike@PARC project was born.
The team custom built and now maintains a fleet of 10 electric bicycles, which can be used by any PARC employee willing to participate in the research. The bikes have a 750-watt motor that assists the riders when they pedal, making biking at 20mph nearly effortless. Today, more than 20 percent of PARC employees use the SMARTBikes to ride to the office, attend lectures at nearby Stanford University, go out to lunch, or use them for personal tasks after work such as shopping.
“We want people to experience riding the bicycles to places where they would normally drive their car, and give us feedback on the experience,” Wunderer said.
E-bike adoption is more prevalent in places like China with nearly 37 million e-bikes sold in 2013. E-bikes are starting to gain traction in Europe as well. According an article in The New York Times last summer, e-bike sales rose close to 10 percent in Germany and The 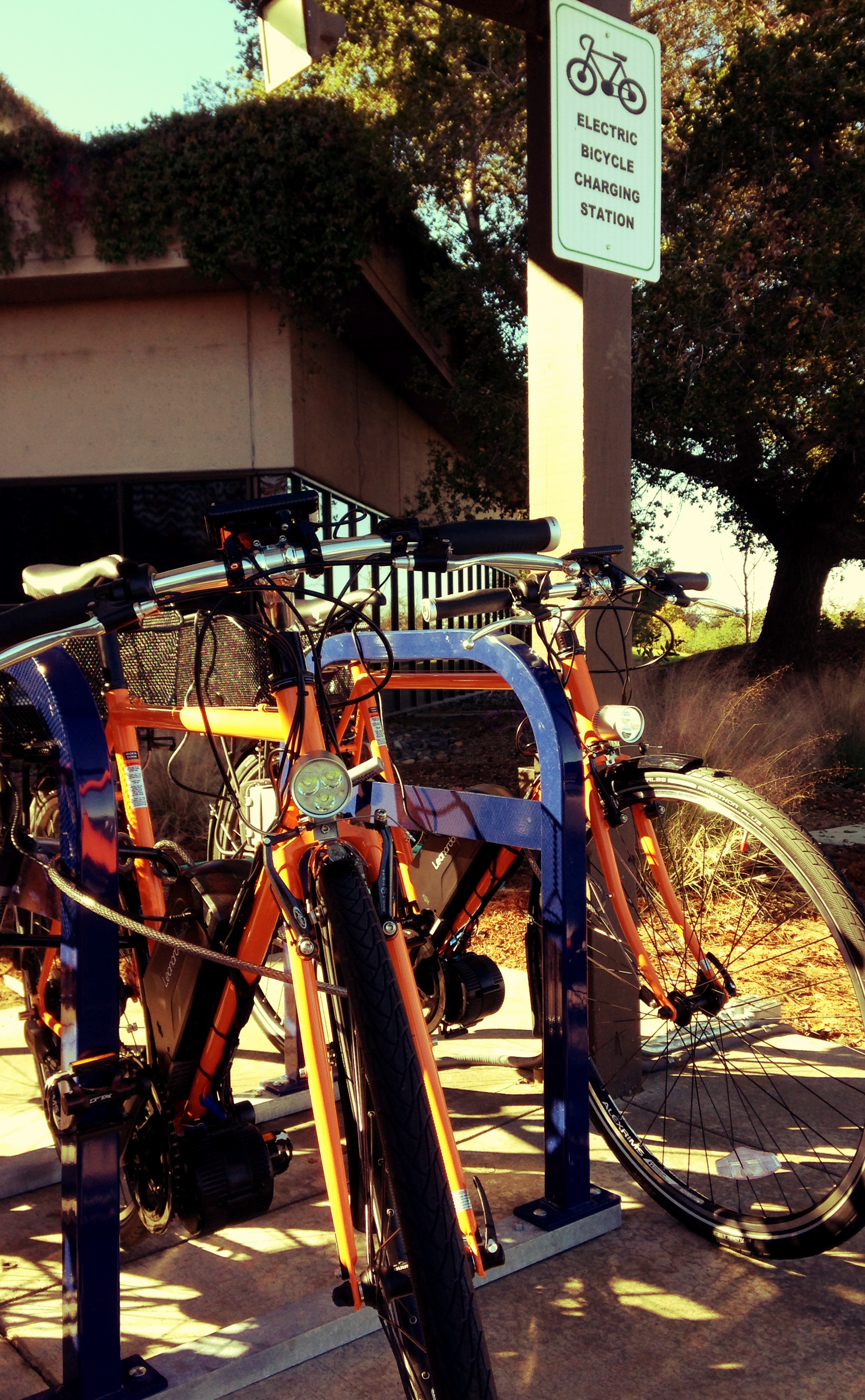 Netherlands in 2013. And the US is following suit; last fall, National Public Radio reported that e-bike sales doubled in the U.S. from 2012 to 2013.

“This project will help us learn whether people are willing to use an e-bike and what sort of incentives they need to ride one instead of picking another, more polluting form of transportation,” said Vinkhuyzen who points out that it costs less than one cent per mile to ride an e-bike. “We’re also exploring how to make the bikes smart using various sensors and connecting the bike to the Internet using your personal smartphone.”
Danny Bobrow, a Research Fellow at PARC for 43 years and renowned expert in artificial intelligence recently rode one of the e-bikes to Stanford University for a talk. “This saved me time and much anxiety for I didn’t have to think about where to park,” he said. “I got to enjoy the sunshine during that time and got some exercise.”
Karen Bouvier, PARC’s Environmental Health and Safety manager now commutes with the SMARTBike several times a week. On her route home, she has to cross several busy intersections and has found that the additional power of the bicycle helps her cross the intersection quickly, making her feel much safer.
Wunderer said you have to ride an e-bike to really understand what it’s all about. “Some have said it is like riding a horse and others have said it reminds them of first learning to ride a bike when the bike was being pushed along by their father. And others just like the experience of supernatural powers.”
As excitement around the project increases, more members of the staff are becoming convinced of the benefits associated with electric bicycles. “In addition to improving the user experience and adding new functionality through novel hardware and software it’s clear that the correct business model will determine the success of this change in society,” said Wunderer who hopes the project will continue to grow.